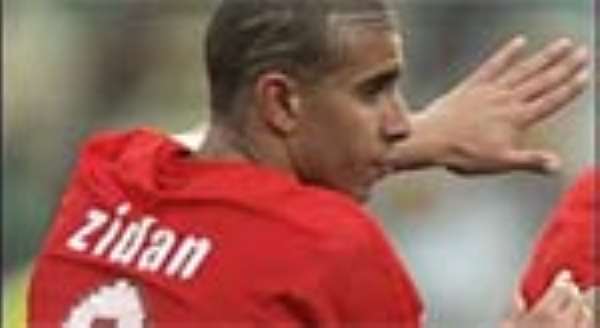 A penalty from Hosny Abd Rabou and a goal from Amir Zaki put holders Egypt through to the semi-final of the Africa Cup of Nations to meet Ivory Coast.

Abd Rabou converted his third spot-kick in the Ghana 2008 tournament on 20 minutes after Angola's Andre Macanga had handled the ball in the area.

Manucho hit back shortly after with a 25-yard thunderbolt to equalise in a scintillating game at the Baba Yara Sports Stadium in Kumasi.

But another defensive error from Kali allowed Zaki to bounce a cross off his chest and into the goal on 38 minutes.