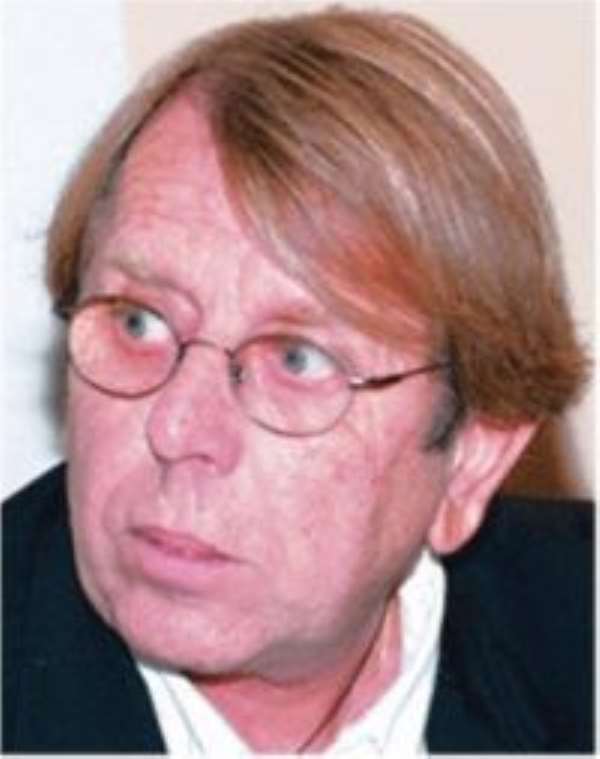 It looked like a mirage when Ghana accepted the challenge to host the 26th MTN African Cup of Nations tournament. Of course, there were the Doubting Thomases.

And tomorrow, the project that looked like a dream has become a reality, as thousands of soccer fans, both Ghanaian and foreigners will throng the reconstructed 40,000-seater Ohene Djan Sports Stadium in Accra for the official opening ceremony.

President John Agyekum Kufuor, in his capacity as the Chief Executive of the nation, will open the continental soccer fiesta, officially being graced with the presence of FIFA President Joseph Sepp Blatter and CAF President Alhaji Issa Hayatou and their top officials.

The opening ceremony that will be watched by an estimated 4.5 billion TV viewers worldwide, will virtually be a mixture of cultural display depicting rare Ghanaian culture.

But the climax of the whole event is the opening match involving host nation Ghana and Guinea at 5pm local time (17 hours GMT). The Group A game will definitely set the ball rolling for the commencement of the l6-nation tournament that will produce the winner, after 32 matches from the preliminaries to the final game on February l0.

Unlike the other teams, Ghana's Black Stars, as the host nation, had the advantage of an automatic entry into this stage of the tournament. They are grouped with Guinea, Namibia and Morocco.

However, coach Claude Le Roy and his team engaged in a number of friendlies, including top soccer nation Brazil. The Stars lost 0-l to the Brazilians but managed a spectacular 4-l victory over traditional rivals Nigeria, who incidentally are in Group B with Mali, Benin and Cote d"Ivoire.

That tomorrow's game is very crucial to the Stars can't be denied. This is because, winning their first game of the tournament would inspire them to win the contest. It will also increase the spectatoring figures of matches involving the Stars, as well as the other venues in Kumasi, Tamale and Essipon, near Sekondi.

Despite losing energetic captain Stephen Appiah as a result of injury, Le Roy has urged Ghanaian soccer fans not to "harbour any fears that the absence of the skipper from the squad would negatively affect the team".

"Though his absence would be felt but I've young and enthusiastic players, as well as equally experienced players who'll close up the gap to ensure victory", he told the Statesports on Thursday.

The coach was referring to youngsters like Andre Dede Ayew, Anthony Annan, Ahmed Apima Barusso, Haminu Dramani, Quincy Owusu-Abeyie, Kwadwo Asamoah and Benard Kumodzi who are all capable of filling the gap that Le Roy refers to.

This is the assurance from the Stars coach, the man who has the technical know how on best formula to overcome the Herculean task ahead of him. And to the Ghanaian soccer fan, nothing short of victory in this particular duel and subsequent games, is all that should be expected.

The experienced players include skipper John Mensah, Michael Essien, Sulley Muntari, Asamoah Gyan, Baffuor Gyan and goalkeepers Richard Kingson and Sammy Adjei, who will be around to ensure total victory for the nation.

Guinea's Syli Nationale, aware of the tough assignment of playing the host nation, are reported to have adequately prepared for the tournament. They have equally dangerous players like Pascal Feindouno, who performed heroics in Egypt, scoring four goals to reach the quarter-finals.

There is also the skilful winger Fode Mansare, who also is a threat with his pace and direct approach to scoring. Ismael Bangoura, who played for Dynamo Kiev in the European Champions League against Manchester United, will also be around to make things difficult for the Ghanaians.

And with these top players in the Syli Nationale team, nobody should underrate them, since winning their game against Ghana could enhance their progress into the final stages of the tournament.

The Black Stars, on the other hand, have a duty to raise high the flag of Ghana, especially in this particular first game. And with versatile Michael Essien and colleagues Laryea Kingson, Sulley Muntari, Asamoah Gyan and Junior Agogo tormenting the Syli Nationale defence, the Stars would definitely get the needed goals to inspire them into greater heights.

This is the time for the Black Stars to prove that they are capable of winning the African Cup to equal the fifth time record of Egypt, who hosted the last edition. They, therefore, owe it a duty to score a spectacular victory.

To the glittering Stars, the whole nation is fully behind you to set the pace for capturing the Golden Fleece that is already in our backyard. We wish you all the best boys!