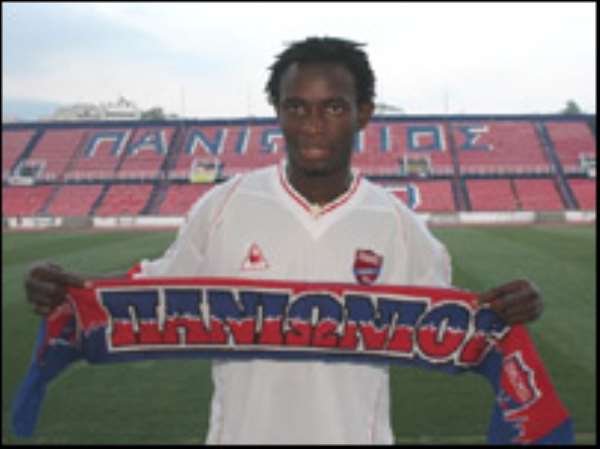 This comes after French Ligue 1 side Lille have made a 1.2 million euros offer for the Greece-based player.

The Panionios middle-man has received rave reviews in the Greek media in his first season with the club.

He has been linked some stellar clubs outside the Greek Super League.

Bundesliga side Bayern Leverkusen have also renewed interest in their pursuit of the player with an offer expected to be more than Lille's deal.

The player's local agent disclosed that Panionios are reluctant to release their midfield asset.

''Yes he has confirmed both offers but it's unlikely he will move. The club also wants him. Even if he can move at all then it will be in the summer,'' Victor Vaness told Ghanasoccernet

Kumordzi is current in Abu Dhabi with the Black Stars on their pre-Nations Cup camping.