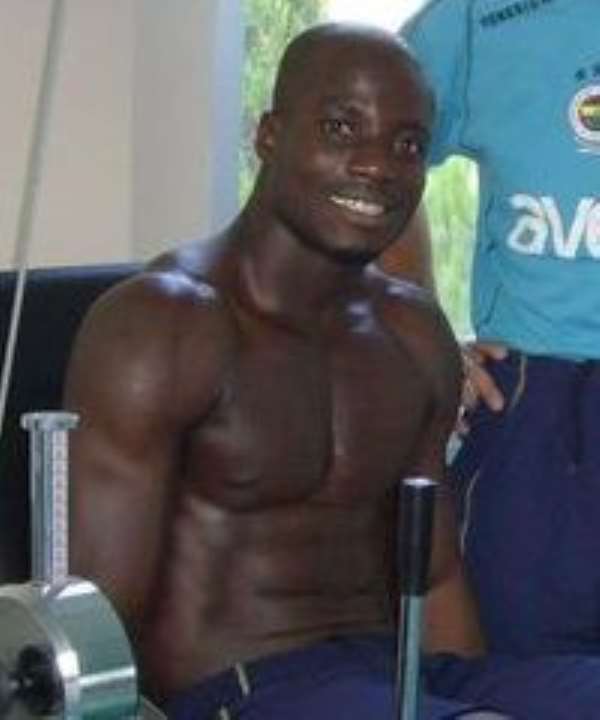 Stephen Appiah, the captain of hosts Ghana, will miss the African Cup of Nations next month because of injury.

Fenerbahce midfielder Stephen Appiah had been forced out of action for two months by complications surrounding a long-term knee injury.

Appiah has been to Italy to undergo tests on the injured knee and obtain a second opinion, but doctors have confirmed that he will not be fit enough for the prestigious tournament.

"The news has come as a bitter blow to Stephen," a statement on the player's website said.

"[He] has been working hard in the last week or so to prove he is fine and fit.

"Stephen [would] like to say a big thank you to all his fans and well wishers who have sent him get well soon messages in the last few weeks.

"He is very grateful for your support."

The statement also thanked the Ghana Football Association for its patience and understanding.

The GFA had given their captain as much time as he needed to try to prove his fitness.

Now Claude Le Roy, coach of Ghana, who are hosting the 2008 Nations Cup, is searching for a replacement captain.

He captained Ghana as they became the only African side to reach the knock-out stages of the 2006 World Cup in Germany, scoring the winning penalty in their victory over the United States that took them through to the last 16.