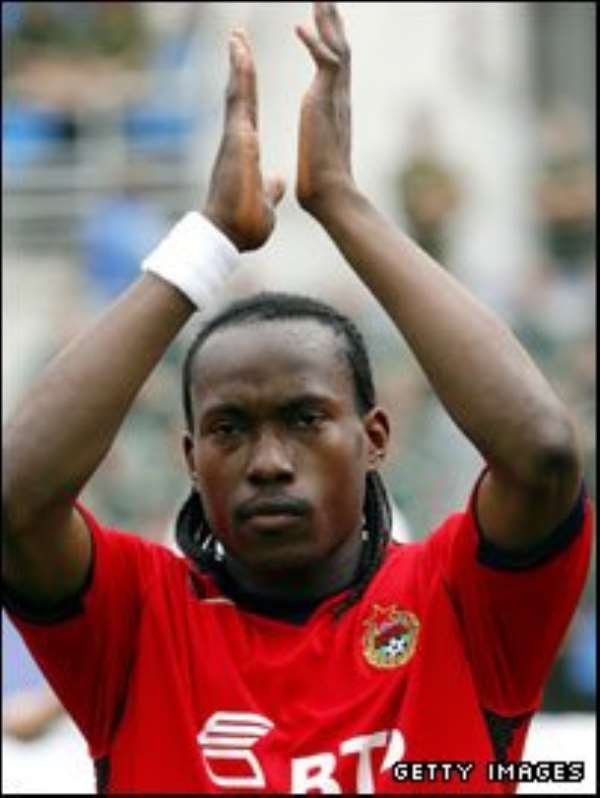 Nigeria have confirmed two international friendlies as part of their preparations for next month's African Nations Cup finals. The Nigeria Football Association (NFA) announced that negotiations have been concluded with Angola and Sudan. Berti Vogt's squad is expected to begin training in Malaga, Spain on 4 January ahead of the Ghana tournament.

"We have concluded negotiations and everything has gone well," NFA chairman, Sanni Lulu, told BBC Sport.

"The team is expected to travel from Spain to Portugal to play Angola while the match against Sudan will take place in Spain.

"The NFA have met with the players twice and we have all agreed on how best to proceed with our Nations Cup preparations."

Lulu revealed that there are plans to host the Super Eagles in Lagos before the team depart for neighbouring Ghana.

"We are organising a carnival for them at the airport - it might only be one or two hours but there will be opportunity to interact with the players," Lulu added.

However, coach Berti Vogts has placed six players on standby for the pre-Nations Cup camp in Spain.

Others are local-based Chijioke Ejiogu, Uche Oguchi and Andrew Ighalo.

Meanwhile, Everton striker Victor Anichebe is set to be offered the chance to represent Nigeria's under-23 side with the possibility of playing in the Olympics next year.

Anichebe had turned down an invitation to be part of the Nigerian under-20 side in September 2006.

But under-23 coach Samson Siasia plans to contact him shortly, after the 19-year-old prospect was omitted from the senior squad for the African Nations Cup.

"I am extending an olive branch to him, starting from the Under-23 team is not a bad idea and an avenue for him.

"Anichebe should just keep his head up because disappointment sometimes is a blessing in disguise, the door is open."