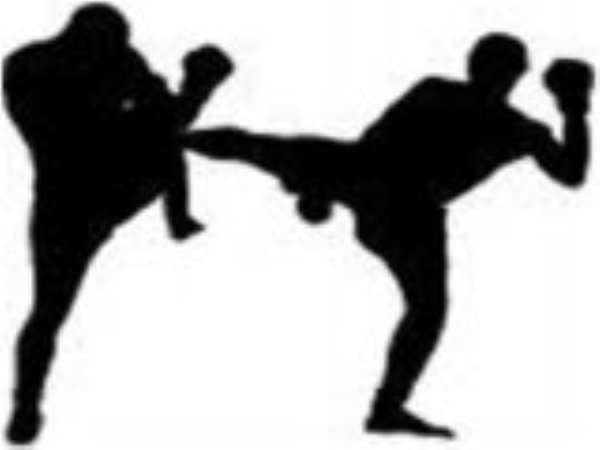 
The Greater Accra Kickboxing Association in collaboration with Jhana Kickboxing Gym would on December 1, hold the first ever West Africa Kickboxing Tournament in Accra.

16 kick-boxers are expected to compete for honours in the under-65 kilogram and over 65 kilogram weight categories with the ultimate winner pocketing 500 dollars.

Mr Koichi Uchida, Director of Jhana Company Ghana Limited and Jhana Kickboxing Gym said at a press briefing on Tuesday that each bout would be a two rounder with each round lasting for three minutes.

The pairings released for the event has Emmanuel Tackie taking on Francis Dodoo with the winner scheduled to meet the winner of the fight between Samuel Annan and Stephen Bruce.

Reginald Dodoo would sort things out against Emmanuel Appiah with the victor billed to face the winner of James Bekoe and Patrick Arthur clash in the under-65 kilograme category.

In the over 65kilogramme category, Isaac Aikins would engage Justice Laryea whilst Edward Ahwassoh combats Henry Abbey with the conqueror from the two battles facing each other at the next stage.

The winner of the Boye Issah and Daniel Abbey clash would also face the winner of Eddie Quansah and Okoe Arafat fight.

Mr Uchida said the tournament would be on a knock-out basis and each winner gets an opportunity to advance to the next stage.

He said the tournament would be the first ever step towards popularizing the sport in the country, adding that the company intends to capitalize on the rich history of boxing to promote the sport among especially the youth.

The Director said plans are in place to bring two judges and two referees and a high profile delegation from Japan to support their Ghanaian counterparts to as well grace the occasion.

Mr Uchida regretted that even though some consider the sport as barbaric and a violent sport, it is not so since “kickboxing has been given global recognition and has achieved tremendous success, hence the need for Ghanaians to embrace it.”

He said the sport if properly promoted would not only provide the youth and the up and coming generation with dreams and courage but will also greatly change the image of the sport.

“We would undertake this new sport in Ghana with all our might so we plead for support and cooperation from everybody,” he added.

Eligibility Age to become President of Ghana: Lessons from t...
40 minutes ago