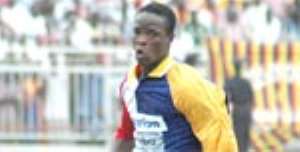 The tournament, the first of its kind to be organised by the Ghana League Clubs Association (GHALCA) would commence today, November 23 and end on Sunday, November 25.

A statement signed by Joyce Asante-Amoah, Acting Administrative Manager of GHALCA explained that Liberty Professionals will take on Heart of Lions at the Dansoman Carl Reindorf Park on Friday, November 23, with the winner facing Hearts of Oak in the finals at the El-Wak Stadium on Sunday, November 25.