Kotoko Off To Cote D’Ivoire 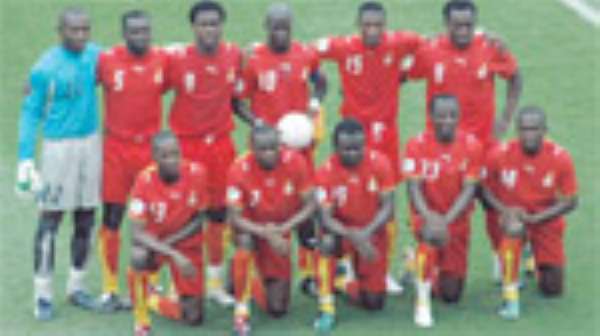 BARRING ANY last minute hitch, the entire playing body of Kumasi Asante Kotoko Football Club will tomorrow Tuesday November 13, 2007, travel to neighbouring Cote D'Ivoire to engage a team of the host country in a friendly encounter.

Mr. Bashiru Hayford, Head Coach of Kotoko who disclosed this to DAILY GUIDE SPORTS in an exclusive interview, could not readily disclose who Kotoko's opponents were, but insisted that management had ordered him to prepare the team for a match in the Francophone country.

He said the match would be the last friendly encounter for the Fabulous club before the commencement of the 2007/08 premiership.

Coach Hayford said he was confident that Kotoko would make an impact in the league, stressing that the team boasted of quality players who could match any club in the country and for that matter Africa.

He appealed to the numerous followers of Kotoko to rally behind the club.

“They should support us both spiritually and physically for the team to go places,” the coach said.