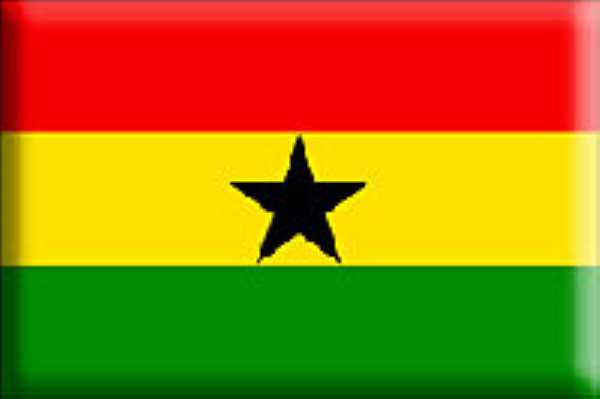 Parliament yesterday stamped Ghana's fervour for football and excited the nation to go all out to win the Confederation of African Nations (CAN) football tournament scheduled for Ghana in January 2008.

The House, devoid of any partisanship concurred that the nation had no other choice than to come out tops in the 16-nation soccer fiesta and to market the nation.

With only finishing touches left on the stadia and facilities, coupled with a lot of time spent working hard, the challenge is now for the Black Stars, Ghana national football team, to do everything possible to win the cup.

With verve, Sports, Youth and Education Minister, Prof Dominic Fobih said the nation had no other choice than to win the cup and invited all Ghanaians to lend their support to the Stars, saying that Mr Enoch Teye Mensah, a former Sports Minister, now on the Minority side would be his champion advisor.

Mr Abuga Pele (NDC- Chiana Paga) had set the ball rolling on the Tournament with a statement, enjoining the Black Stars to work tirelessly to lift the trophy as was done by Egypt in the last competition.

'Emerging as eventual champions is the only thing that can satisfy Ghanaians', he said, adding the nation also needed to reap economic, social and cultural benefits to justify the huge investment made in hosting the tournament.

However, he noted that the most serious flaw in the nation's preparation had been the inability of the Local Organising Committee (LOC) to create the needed atmosphere and generate the necessary interest in the games.

'It is clear that many Ghanaians are still unaware that the cup of the Nations would be taking place in Ghana', he said, and called on the LOC to put in more effort to create the necessary euphoria through rehearsals and media programmes on the event.

Mr Isaac Kwame Asiamah, Chairman of the Parliamentary Select Committee on Sports, Youth and Culture, in a contribution said the Committee was satisfied with the work so far done on the various stadia and appealed to operators in the hospitality industry to lend their support to the tournament by making rooms available to Ghana's visitors.

He however said the nation must be on its guard against the rise of immorality in such times, as instances in other countries had shown that many young ladies had become pregnant after such sports events. 'The tournament is about fun, not about immorality', Mr Asiamah said. He urged the National Supporters Union to patronise events in their numbers.

Majority Chief Whip, Mr Osei Kyei-Mensah-Bonsu, urged contractors of
the parking lots and roads leading to some stadia to work with
dispatch and complete them on time and added that early assembling of the Stars to train together as a team was paramount to winning the tournament.

Prof Fobih however announced that in Accra, the whole of the Independence Square has been allocated as a parking lot during the tournament.

Minister for Water Resources, Works and Housing Alhaji Saddique Boniface however, on a point of order reacted to a complaint by Mr Lee Ocran (NDC-Jomoro) that gate fees charges of between 10 and 200 Ghana Cedis was high, explaining that fees were alleged and inconclusive.

The Minister for Tourism and Diasporan Relations, Mr Stephen Asamoah- Boateng, announced that cabinet had set up sub-committee, made up of all Ministries, towards the successful organization of the tournament. He gave an assurance that the City Hotel in Kumasi would by be ready by December 20, 2007, as part of efforts to accommodate visitors in Kumasi.

Meanwhile, a number of preparatory events have been scheduled before the commencement of the tournament expected to begin on January 20, 2008.

Among them are the handing over ceremony of the rehabilitated Ohene Djan Stadium in Accra for the tournament yesterday (November 1, 2007), some road shows and friendly matches involving Ghana and some participating countries.