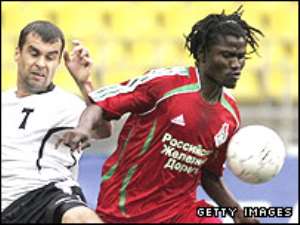 St Mirren maintained their unbeaten record against Hearts this season with a battling draw at Tynecastle.

Goalkeeper Craig Gordon was reinstated by Hearts but he could do nothing to keep out Stephen O'Donnell's sweet volleyed finish after 14 minutes.
Laryea Kingston levelled the game on 71 minutes with a fantastic strike from a free kick.

The Hearts fans gave Gordon a warm welcome, with the Scotland keeper having missed the club's last four matches.

Head coach Valdas Ivanauskas made four other changes to the side which beat Inverness 1-0 last week.

After a scrappy opening 10 minutes, Velicka ignited the game with a dipping 25-yard volley which Buddies' keeper Chris Smith did very well to tip over his crossbar.

But it was the visitors who went ahead in the 14th minute after some great work from midfielder O'Donnell, playing only his second game for Saints after moving from Clyde.

Garry Brady knocked the ball into O'Donnell 12 yards from goal and his confident first touch allowed him to turn and volley past the helpless Gordon.

Five minutes later, Velicka came close again when he headed an Andrew Driver cross from the left over the bar from 14 yards.

The Lithuanian striker was then guilty of a glaring miss when he scooped the ball over the target from six yards after more good work from the busy Driver.

Elliot replaced Velicka after the break but the home side continued to struggle against the hard-working Saints.

O'Donnell had the chance to double his tally when the ball fell to him from a corner but his fierce shot was straight at Gordon.

Hearts could find no attacking fluency but Kingston produced a moment of magic to drag them back into the game.

With 20 minutes remaining, the Ghanian international curled in a wonderful free kick from 22 yards.