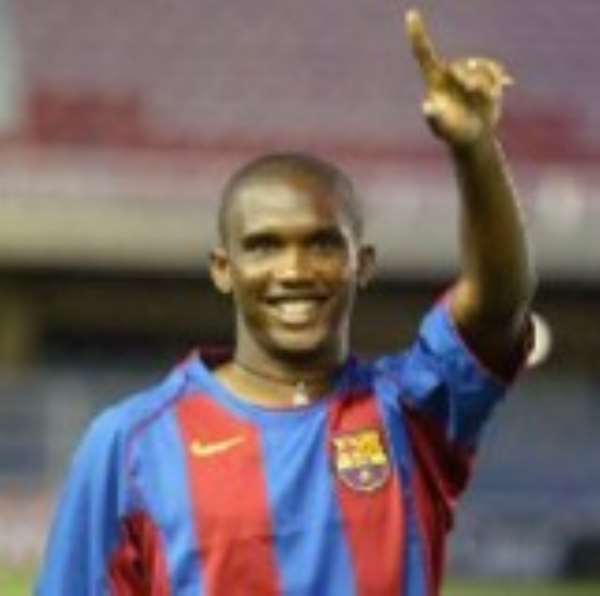 Barcelona coach Frank Rijkaard was prepared to wait for an explanation from Cameroon striker Samuel Eto'o as to why he refused to play as a substitute on Sunday.

Eto'o's team were beating Racing Santander 2-0 in the Nou Camp thanks to goals from Ronaldinho but Eto'o, who is returning from four months out with a knee injury, said he did not want to play the last few minutes.

"Eto'o warmed up but afterwards told my assistant he did not want to come on," Rijkaard said after the game.

"It's a shame but I haven't been able to speak to him to find out the reasons.

Rijkaard later added: "It is best to sleep on it. I have to hear his side and we'll probably speak on Monday."

Barca president Joan Laporta said: "Samuel has suffered for four months and needs to be playing and scoring goals.

"We have to stand by him. Rijkaard is an expert in these situations and knows how to handle them."

Eto'o made his return from injury in the goalless draw away to Osasuna last week coming on to play the last five minutes as a substitute.