Zidane to be in Ghana 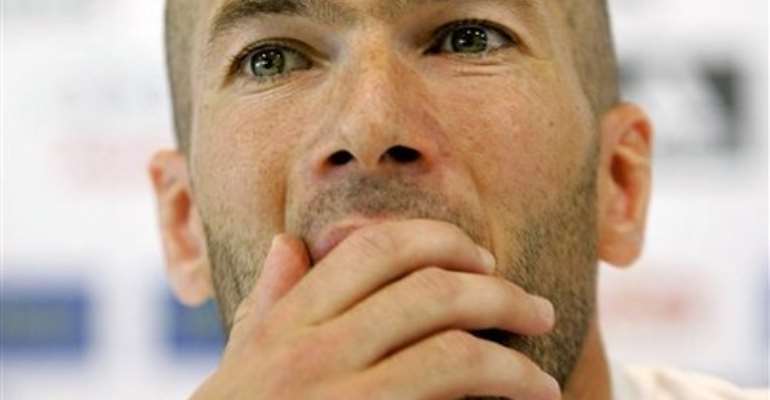 Former FIFA Player of the Year, Zinedine Zidane is one of many African stars expected at the Glo-CAF Awards in Accra on March 1.

Zidane, the former captain of the French national team, who has been contacted by officials of Confederation of African Football (CAF) is said to have responded positively. A formal letter of invitation has since been forwarded to the former Real Madrid star, whose father migrated to France from Algeria.

It will be Zinzou's second trip to Africa since retiring from professional football at the end of the 2006 World Cup in Germany where he led his French team to the second position.

"We will continue to seek opportunities to raise African football to new heights. The game of football and the awards ceremonies will no doubt be boosted by the presence of such distinguished personalities", remarked Mohamed Jameel, the Chief Operating Officer of Globacom, sponsors of the event.

CAF officials hope to firm up plans with a number of former African stars who were in Addis Ababa, Ethiopia over the weekend for the launch of African Year of Football by the African Union.

CAF is using the forum to continue the golden jubilee celebration of the continental body.

Also being expected at the Glo-CAF Awards in Accra is Cameroon's Roger Mila, voted late last year as the greatest African footballer of the last 50 years.

Others are past winners of the award including Zambia's Kalusha Bwalya, Senegal's Jules Bocande, Ghana's Abedi Ayew Pele and Egypt's Hossam Hassan.