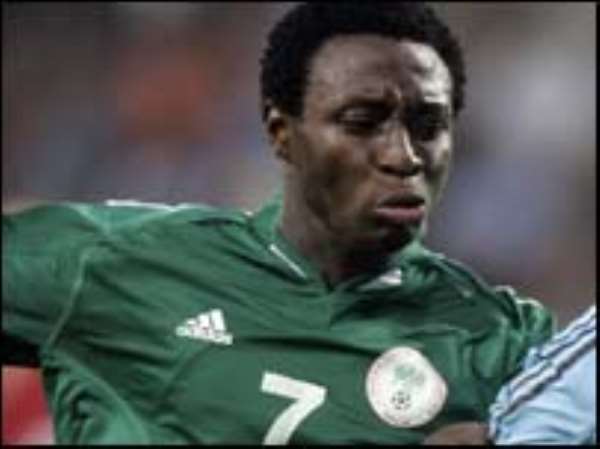 Ogbuke is an outstanding talent
Portsmouth are to turn down the chance of signing Nigerian Chinedu Ogbuke.
The 20-year-old has scored eight goals in 13 matches for Norwegian side Lyn Oslo and has been training at Portsmouth for a week.

Portsmouth manager Harry Redknapp said: "We'd probably have to go to appeal to get the permit and it could take weeks because he only has a few caps.

"I'd be interested in taking him in the future unless (Lyn) ask for silly money because he is sharp and quick."

Redknapp has already signed the versatile Lauren from Arsenal, left-back Djimi Traore from Charlton and young French midfielder Arnold Mvuemba on loan from Rennes this month.

Meanwhile the DR Congo's Lomana LuaLua, who has been out for eight weeks with a thigh injury and has a troubled life off the field, could start against Wigan on Saturday.

"He could be vital for us in the last 13 games," Redknapp said.

"He can do special stuff and change a game for you but his season has never really got going, although it is not his fault he has been injured."