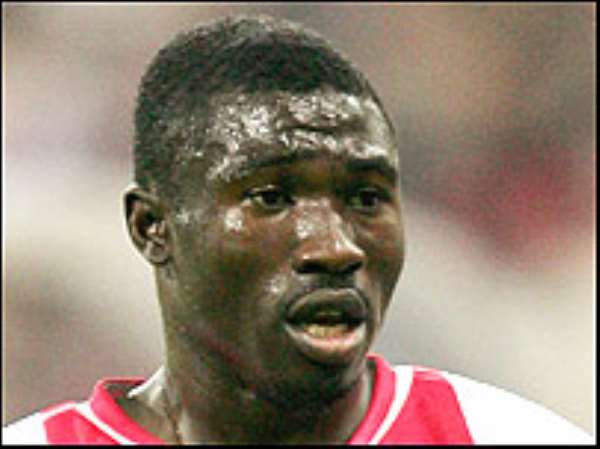 Ghanaian midfielder Anthony Obodai has ended his stand off with Dutch side Sparta Rotterdam by joining rivals RKC Waalwijk.

The 24-year-old handed in a transfer request on Monday after being expelled from the club's training ground by coach Wiljan Vloet following a furious row over team selection.

Obodai has joined struggling side Waalwijk on a three-and-a-half-year contract.

Waalwijk are bottom of the Dutch top league and Obodai is confident of helping them avoid the drop.

"I'm very happy to have joined Waalwijk and I know with the help of my team-mates will not be relegated," Obodai
.

"I have come here to help improve the fortunes of the club and to get regular playing time and also to fight for a place in my national team.

"Sparta did not treat me with respect and it was time to leave. I can concentrate on the challenges ahead."

Waalwijk are hoping that the acquisition of the Ghanaian will help improve the fortunes of their club.

"Anthony is a strong defensive midfielder who can improve a lot things for our club," Waalwijk's general manager Henry van Vegt said.

"He is a major addition to our squad and we are proud to have him."

Obodai, who was captain of Sparta, fell out with coach Wiljan Vloet after being told to sit on the bench last week.

He played in 47 games for Sparta Rotterdam since moving from rivals Ajax Amsterdam in 2005.

Kwabena Agyepong applied for his suspension to be lifted – J...
29 minutes ago