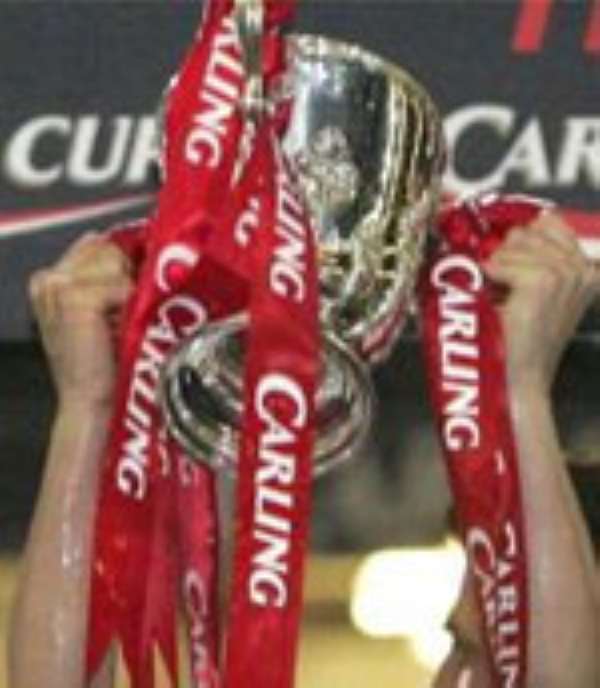 The Carling Cup semi-final between Arsenal and Tottenham Hotspur remains finely balanced ahead of the second leg on Wednesday night,

The Gunners mounted a fine comeback to draw 2-2 at White Hart Lane last week and Arsene Wenger will be looking for his side to finish the job at Emirates Stadium.

With their local rivals' youngsters receiving praise from all quarters following the draw, Tottenham's senior squad are out to prove a point and keep a potential avenue to European football alive - with Chelsea awaiting the victors in the final.

Arsenal's young guns have produced superb displays to dispose of West Brom, Everton and Liverpool to get to the semi-final, but their Carling Cup talisman Julio Baptista will miss the second leg against Spurs.

The Brazilian - who scored both goals at White Hart Lane and four against Liverpool - picked up a groin injury in the FA Cup clash with Bolton and will sit out the clash that could hand Arsenal their first League Cup final in ten years under Wenger.

However, Gunners vice-captain Gilberto has returned from suspension and will make a rare start in the competition, and the Brazilian's return could allow Wenger to drop Cesc Fabregas, with Abou Diaby and Denilson also pushing for a place in midfield.

Theo Walcott looks set to start again despite a recent lull in form, but Alexandre Song will not be available having joined Charlton on loan for the remainder of the season.

Tottenham's hopes of reaching the final on 25th February have been hit by the news that Bulgarian striker Dimitar Berbatov is set for a spell on the sidelines after suffering a groin injury in the first leg.

Martin Jol has Robbie Keane, Jermain Defoe and Mido in contention for the two attacking places, but the Egyptian striker has been strongly linked with an exit from White Hart Lane with the transfer window closing on Wednesday night.

Captain Ledley King has suffered a set-back in his recovery from a foot problem, whilst Teemu Tainio (ankle) is the only other injury absentee as Michael Dawson will play despite having an infected foot.

Spurs have not won a major trophy since 1999 and, apart from the desire for silverware, Jol will be keen to ensure that his pride is not damaged by Wenger's inexperienced, but highly effective team.
SOURCE:
DILASO