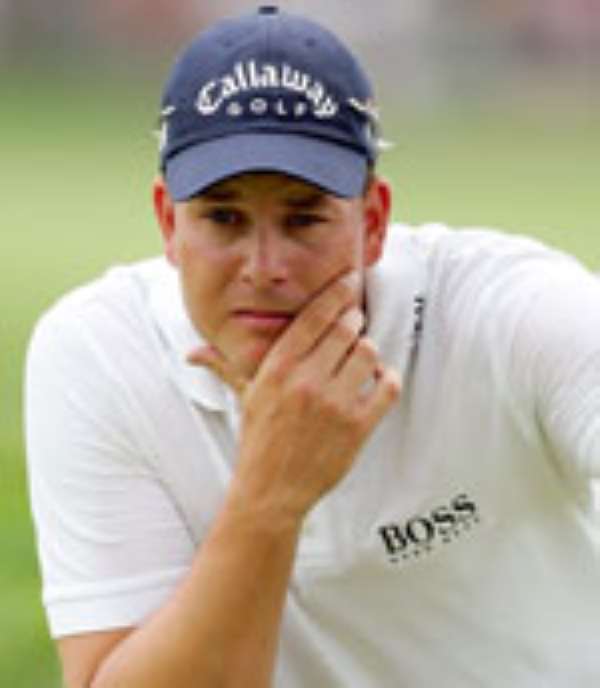 Tiger Woods and Ernie Els are the main attractions as the European Tour remains in the Gulf for a third straight week.
The pair locked horns 12 months ago when it was Tiger who edged out the South African after a play-off.

The world No 1 is making his fourth visit to the Emirates Golf Club this decade, where he will defend his title against another top class field.

However Tiger, runner-up to Thomas Bjorn in 2001, may well be at a slight disadvantage to his main rivals having had to cross a number of time zones on his way to Dubai. The American arrives straight from California where he won Sunday's Buick Invitational in San Diego.

Once again, Els appears to be Tiger's major threat. The 37-year-old is a three-time winner at the Emirates where he claimed his maiden European Tour title in 1994.

His last five visits have all yielded top-three finishes, and it would be a huge surprise if Els was not among the contenders on Sunday afternoon.

Paul Casey, a winner in Abu Dhabi already this year, will be keen to show Els and Woods that he is ready to become one of the world's leading players.

Bradley Dredge: Has a reasonably consistent record in Dubai. The ever-improving Welshman has posted five straight top-20 finishes since 2002 and could easily finish in the top-six this week.

Richard Green: Winner at the Emirates in 1997, the Aussie finished one-shot adrift of Els and Woods last year. He's also in decent form having tied for fourth in Qatar last week.

David Howell: Makes his first start of 2007, hopefully refreshed from the nagging injuries that restricted him towards the end of last season. Third in 2004, and ninth the following year, Howell won this tournament in 1999 when it was played at Dubai Creek.

Miguel-Angel Jimenez: Twice second at the Emirates - and fourth last year - the veteran Spaniard is in good form having finished tied-second in Abu Dhabi two weeks ago - plus another top-20 at Doha on Sunday.

Graeme McDowell: After a disappointing year in 2006 - by his standards - the Ulsterman appears to be back in the spotlight after finishing just three shots adrift of Retief Goosen on Sunday.

Henrik Stenson: Another red-hot performer. The Swede is quickly becoming one of the most consistent players on the European Tour having posted a brace of top 10s in the past two weeks.

Allegations of harassment of CEO of Angel Group of Companies...
24 minutes ago