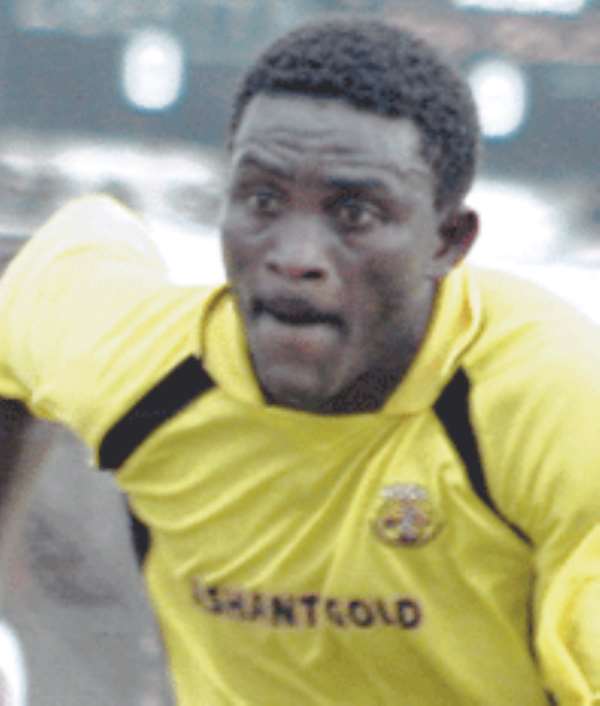 Kumasi Asante Kotoko reach yet another crossroad at Cape Coast tomorrow in an interesting league clash against Power FC, with hopes hinging on new purchase, Emmanuel osei Kuffour, for the fortune-reversal mission.

The experienced Kuffour scored Kotoko's goal in their 1-0 victory over B.A. United in last Sunday's friendly — their first win in seven matches of any kind — and now appears the saviour to redeem the club from the present quagmire that engulfs them.

Blessed with a scoring ability and a creative mind, Kuffour's deft touches and mental toughness compensate for his ageing limbs and slowing nerves with great effect.

In the midst of Kotoko's woes, he carries the burden of crafting the club's revival against Power's own renaissance that has seen them win three times in a row.

Indeed, Kotoko's free fall from the top position to a present fourth after losing four times, and managing just one draw in five league matches, has coincided with Power's resurgence and Coach Telat Uzum could not be pressured to steer Kotoko to a first victory in six league matches against a more difficult opposition.

The under-fire Uzum is also under pressure to revive Kotoko's failing title defence, beginning tomorrow at Cape Coast against his Power FC counterpart, Anue Mensah, whose central defence pair of Frank Quao and Alex Djane have been the bedrock of their new strength, while the brilliant Elvis Opoku links a fluid midfield with Dan Addo and Moses Abban in attack.

That line-up could present a headache for Isaac Vorsah and Dan Acquah in their bid to seal the gaping hole that has become so manifest recently in the Kotoko defence.

Foremost title aspirants, Hearts of Oak, have a much easier assignment against RTU at the Tema Stadium.

RTU could force just a draw in the two sides' first round match at Tamale, but the relegation-threatened RTU don't appear clear underdogs outside Tamale where their three draws in a winless nine-match campaign has contributed to their 15th place above only Bofoakwa on the standings.

All Blacks host Hasaacas at Swedru, while Arsenal welcome Feyenoord to Berekum. Bofoakwa face a tall order against Liberty Professionals at Dansoman in Accra.