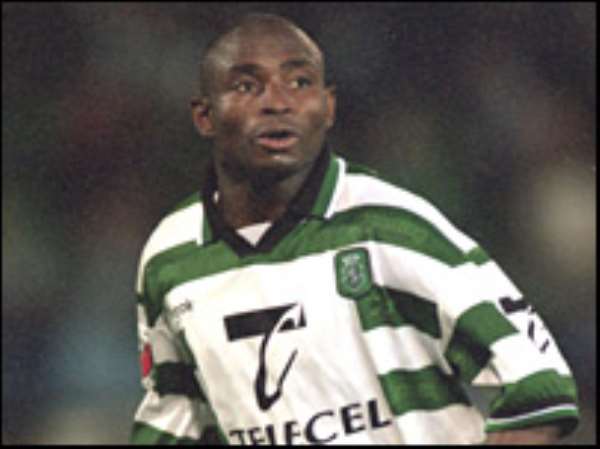 It will be the 33-year-old's second spell with Setubal, having scored eight goals in 23 appearance for the club in the 1997/98 season.

Ayew moves from China side Xian Zhang Ba International Football Club where he was the league highest scorer last season with 17 goals.

Setubal, who are third from the bottom of Portugal's top league, are hoping the signing for the former Ghana international will help them avoid relegation.

It will be Ayew's second spell in Portugal having played for Uniao Leiria and Sporting Lisbon.

He also played for clubs in the Ivory Coast, Saudi Arabia, France and Italy
SOURCE:
DILASO(AMSTERDAM)