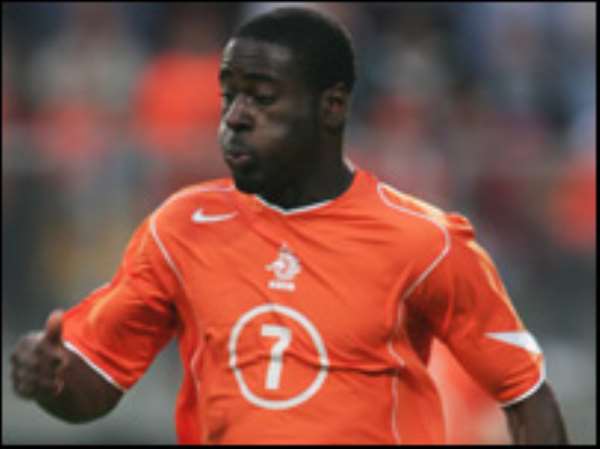 Dutch winger Quincy Owusu-Abeyie has denied reports he will quit playing for his native country and represent Ghana instead.

The 20-year-old, whose parents hail from the West African country, was named in the Black Stars' squad two days ago for next month's friendly against Nigeria.

According to the Ghana Football Association (GFA), the Spartak Moscow star agreed to play for the Black Stars last month after meeting officials of the FA to discuss the switch of allegiance.

But Owusu-Abeyie insists he is keen on playing for the Dutch national team.

"The media always make up stories like that, but in my case it's not true at all," Owusu-Abeyie said.

Owusu-Abeyie had a superb showing for Holland at the Fifa World Youth Championship in 2005.

But he failed to hold down a regular position at English side Arsenal and joined Russia's Spartak Moscow last year.