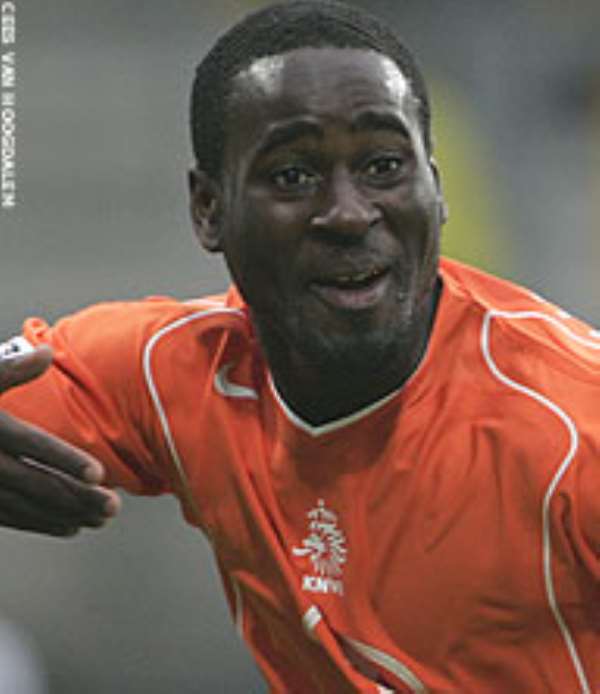 The 20-year-old, whose parents hail from the West African country, met Ghana FA officials last month to discuss the switch of allegiance.

According to the Ghana Football Association (GFA), the Spartak Moscow star has agreed to play for the Black Stars and is part of coach Claude Le Roy's squad for next month's friendly against Nigeria.

Even though Fifa is yet to receive Owusu-Abeyie's request for a switch of nationality, the GFA is confident of a swift approval by the game's governing body.

"We are confident that his application for a switch of nationality will be approved before the game against Nigeria, and that's why we have named him in the squad."

But he failed to hold down a regular position at English side Arsenal and joined Russia's Spartak Moscow in last year.

Also expected to make his debut for the Black Stars is striker Ibrahim Salou of Belgian side Club Brugge.

The 26-year-old, who holds a Belgium passport, pledged his international future to his country of birth last year.

But he turned down a subsequent invitation to the national team, angry over how his call-up was handled.

Salou met Le Roy in Belgium two weeks ago and has agreed to play in the game in London.

Germany-based striker Isaac Boakye returns to the squad for the first time since missing the Nations Cup last year.

Meanwhile, Le Roy says he will not call Sammy Kuffuor until the experienced defender is able to command a first-team place.

The Italy-based player lost his place in the Black Stars' squad during the World Cup in June and has not been invited to his country's four matches since the tournament in Germany.

"I have so much respect for Kuffuor and I don't want to invite him and keep him on the bench," the Frenchman said.

"The defenders I have at the moment are playing so well that it will be difficult for Kuffuor to start ahead of them.

"I will keep him out of the team until I am satisfied that he will take a first-team place when I call him up."

Also missing in the squad is Borussia Dortmund striker Matthew Amoah, who has struggled since joining the German team last year.

Soldiers destroy 14 excavators, other equipment in Atewa Eas...
50 minutes ago