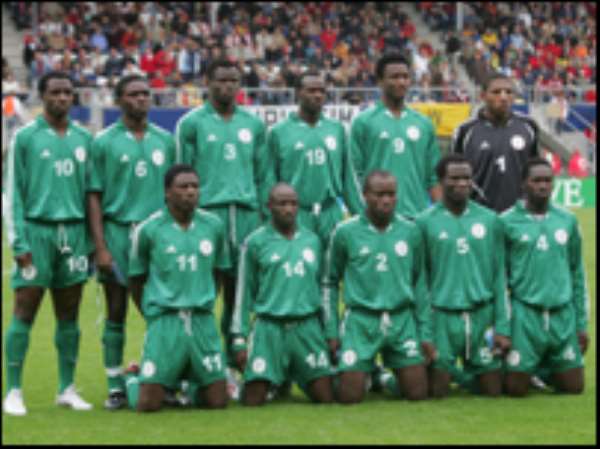 Tembo Fwaya's goal three minutes into stoppage gave Zambia a 3-2 win over Cameroon at the African Youth Championship in Congo.

The Group B victory in Pointe Noire on Wednesday kept Zambia in the hunt for a place in the semi final.

Defeat for Cameroon ended their ambition of advancing, having lost 1-0 to Egypt in their opening group game on Sunday.

Cameroon came into Wednesday's game determined to keep alive their hopes of clinching a semi-final place and took the lead through Benjamin Moukanjo in the 18th minute.

The southern Africans rallied and grabbed the equaliser thanks to a Simon Lutiya strike five minutes before the interval.

Zambia dominated the second-half and striker Clifford Mulenga put them in the lead with only eight minutes remaining.

But George Mangjeck put Cameroon back on level terms two minutes into injury time only for Fwaya to finish from six yards from Mulenga's set up in the 93rd minute.

The defeat leaves Cameroon four points adrift of defending champions Nigeria, who drew 1-1 with Egypt in the other game.

The Young Pharaohs surprised the West Africans by taking the lead through striker Mustafa Tallat fives minutes after the break.

But the Flying Eagles managed to draw level in the 80th minute when Emmanuel Sarki connected from close range.

Nigeria will play Cameroon in last game of the group on Saturday while Zambia take on Egypt.