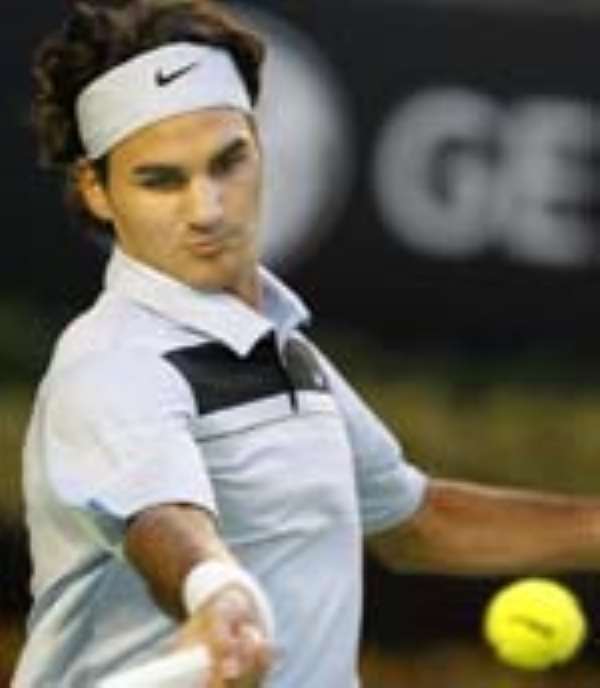 The defending champion was at his awesome best as he maintained his 100 per cent record against the American in competitive tennis - Roddick's only victory coming at the Kooyong Classic exhibition event.

Roddick has suffered at the hands of Federer before in Grand Slam action, but never like this 6-4 6-0 6-2 defeat.

The Swiss star, far and away the world number one, showed why he is regarded by many as the game's greatest ever player by demonstrating his full repertoire of shots.

From 4-3 ahead in the first set, having cancelled out an early break for the champion, Roddick could only watch in growing frustration as Federer took him apart.

The top seed chased down everything Roddick had to offer, beat him with ease on his forehand and whipped cross-court backhand winners as readily as he cracked top-spin backhands down the line.

Nothing was going right for Roddick, despite his vast improvement since teaming up with Jimmy Connors.

Even at the end of the second set, in which he was allowed just six points by a rampant Federer, Roddick attempted to blast a ball out of the court and let his racquet slip from his grasp and into the cameramen behind the umpire's chair, earning himself a warning.

Federer won 11 consecutive games from 3-4 down, holding serve to love in three successive games and breaking with such ease that there was absolutely nothing Roddick could do to stop him.

After earning three match points in a little over 80 minutes, it was a little strange that he missed the first with an unforced error, but Federer took the next to complete the rout.

Roddick's only consolation can be that none of his peers would be able to take Federer on in this kind of form.

Federer fired 45 winners and only 12 unforced errors as he breezed into his seventh consecutive major final, where he will meet either Tommy Haas or Fernando Gonzalez, but there seems little doubt that he will capture his 10th Grand Slam title.
SOURCE:
DILASO