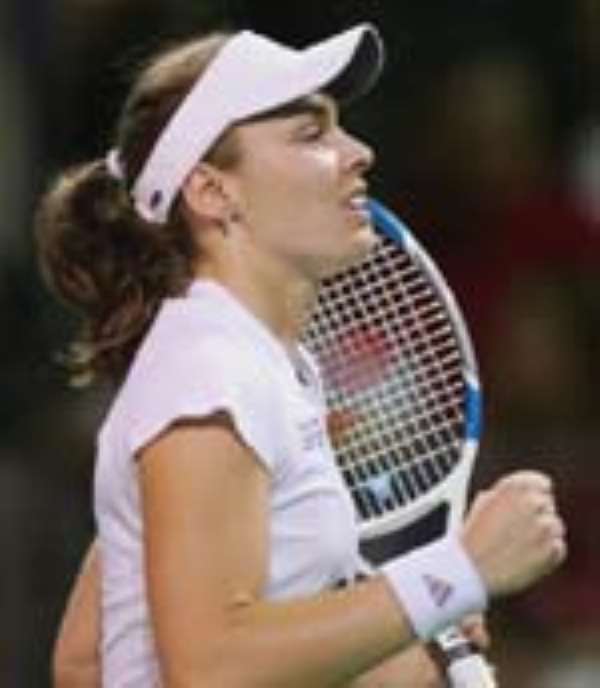 Martina Hingis and Kim Clijsters are set to go head-to-head in the quarter-finals of the Australian Open after the duo came through tricky fourth round ties.

And Clijsters is looking forward to facing her friend in the last eight for the second successive year.

"She's just a great champion. We get along on and off the court as well."

Hingis had to battle back from losing the first set to book her place in the quarter-finals.

Chinese 19th seed Na produced a storming start, however she couldn't maintain her run as the pressure got to her.

And Hingis admitted: "She came out on fire and I've never played her before so I knew it was going to be a difficult match, she had a great win against (ninth seed Dinara) Safina.

"I knew I had to come out with the best and thank God after the first set I started playing a lot better."

Anna Chakvetadze is through to her first Grand Slam quarter-final after she toppled an out-of-sorts eighth seed Patty Schnyer 6-4 6-1.

Schnyer has failed to find her form in Melbourne and 12th seed Chakvetadze made her pay with a superb display.

Chakvetadze will face a much tougher task in the last eight, with No.1 seed Maria Sharapova next up.

Sharapova was pushed all the way by fellow Russian Vera Zvonareva - however the 19-year-old had just too much class as she ground out a 7-5 6-4 victory.