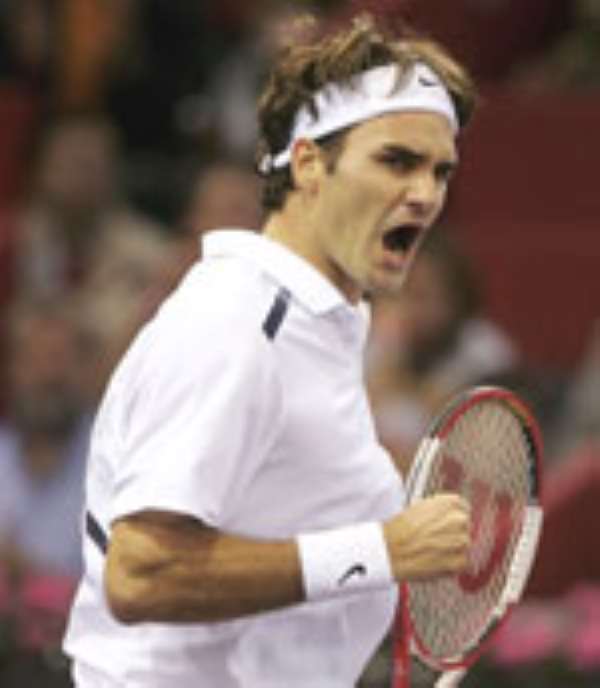 Roger Federer maintained his impressive run at the Australian Open with a straight sets win over Novak Djokovic.
World No.1 Federer has yet to drop a set in Melbourne and despite some tough pre-match talking from Djokovic, the Serbian was the latest to be brushed aside.

The Swiss may have been below-par by his own high standards - making a series of uncharacteristic errors - but he was hardly troubled by 14th seed Djokovic as he chalked up a 6-2 7-5 6-3 victory.

Federer, who now faces Spain's Tommy Robredo in the last eight, said: "I'm very happy with how everything went tonight.

"I got a good start and I thought I was pretty much in control of the match.

"I had one careless moment in the second set but I was able to get out of it.

"Young players can take a lot of chances and I knew it was going to be a tough match but it went well enough for me."