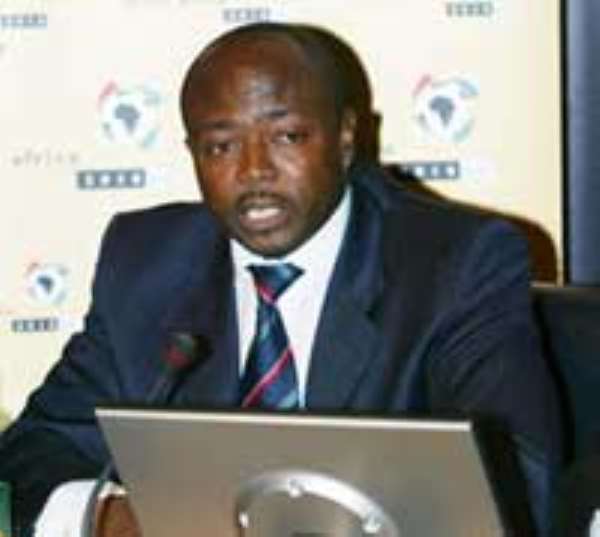 If anyone can claim to be an African Football Legend, then Abedi Ayew, better known as Abedi Pele, is that man. He is a three-time African Footballer of Year, winner of the UEFA Champions League with Marseille, 1982 Africa Cup of Nations champion with Ghana and was named by Pele as one of his 125 greatest living footballers. Graeme Jackson and Allen Anyele interviewed the Ghanaian in Johannesburg.
MTNfootball.com: You were one of Africa's finest players but you never had the chance to play in a World Cup. Does being an ambassador for the 2010 World Cup here in South Africa make up for that in any way?

Abedi Pele: Yes, I think in a way it covers the larger part of glory in my heart. I think that not being able to play in a World Cup has been made up for by the seven years of my career I spent trying to bring a World Cup to Africa. We had two bids, the one we lost and the one we finally won, and it was the one we lost that gave us the opportunity and the confidence to try again and win the second bid. I would say that it is, collectively, the biggest achievement in my career. Collectively I have played in the Champions League final in '91, which

we lost, we won the Champions League in '93 with Marseille and I won the Africa Cup of Nations in 1982 as a teenager but winning the bid for the World Cup and being an ambassador for Africa's first World Cup is collectively the biggest achievement I have had.

What does it mean to you to finally see the World Cup come to African soil in four year's time?

To me it means that Africa has arrived. Africa was deprived in so many ways but today we have gained confidence in the eyes of the world. And we did it ourselves, as Africans; every country and region in Africa played a role. You know today, Africa is politically stable. Democracy is becoming irreplaceable and we are gaining more and more respect worldwide. Africa deserves to have the biggest showpiece and the chance to show what we have and what we can do. It is not that we can just play football well, but we will show that we can organise a big tournament as well.

What did you make of the performance of the African teams at the 2006 World Cup, Ghana in particular?

For me the performance was not sufficient for FIFA to grant Africa six places at the 2010 World Cup. But having four new faces at a World Cup is a tremendous achievement from those countries and for African football. Those teams lost but they lost narrowly and no one can say African teams were a catastrophe.

You could see that Cote d'Ivoire had no luck at the tournament and they deserved more. Angola nobody thought could even manage to draw a game but they drew two games. As for the performance of Ghana, you could see at the Nations Cup it was below par, but they made amends at the World Cup. I was at the World Cup as a liaison between our president and the players.

I was with FIFA for the first week and I saw the loss to Italy and I joined the team straight after that game. We then won against the Czechs and the USA before we lost to Brazil in the knockouts and we were the only African team to do this. Between Africa and Asia we were the only team to make it to that stage and for Ghana at their first World Cup it was great achievement. It showed the ability of the team and of African football.

You spent many years of your playing career in Europe. Which African players in the European leagues stand out for you?

Samuel Eto'o for me is one of the greatest players today. There are a few others like Drogba and Essien at Chelsea but it is Eto'o that stands out.

And what of your countryman Michael Essien?

He is a very good player and he is doing well for Chelsea especially this season where he has been in good form. I would consider him to be one of the best players in the world.

What do you make of the standard of African football, from internationals right through to the MTN CAF Champions League and domestic leagues?

I think since MTN started getting involved in African football it has changed for the better. There is TV coverage and now every one is paying attention to our football. This is a big change from just 10 years ago because now it is far more visible and accessible to the public. This I think is the only way to catch up, to allow companies like MTN to come to the rescue of African football and raise it to a new level.

In Europe you can see our African brothers are on the rise because almost every big team has at least one African player in it and everyone is putting their mind on African football. I think players like Eto'o, Essien and Drogba are great players and they are role models who raise the flag for African football.

You are quite involved in giving something back to the game, in terms of development and your ambassadorial roles. Is that something that you always planned to do when you retired, or is it something that developed over time?

I think that giving something back has always been my number one priority. I didn't know exactly how to do it, but my wife said, 'why not start a football club?' and so we did that. After four years as an academy it became too expensive so we turned it into a full team that grooms young players and we are now on the rise. We started in the fourth division and now we are in the local first division.

After seven years we are now seeing the boys even go to Europe and it has never been a financial thing but being able to watch someone playing in Europe and say 'I helped you get to where you are now' is a great accomplishment. I have two sons there in Marseille, my former club. Andre is 16-years-old and he is playing for Ghana U-17, Marseille U-20 and it is very scary for me as a father to see him progress like he is.

The ambassadorial job is not something I had thought of before, but I was offered the chance by Danny Jordaan to be involved with the bid and that also gave me he opportunity to show what I can do. It was a great challenge to deliver the World Cup to Africa and it was a great to blow to me and to Danny when we lost the first bid, but former President Nelson Mandela and the President Thabo Mbeki said to us that we had done our best and we must be confident enough to have a second chance. I thank God that we did it while Mandela is still alive and President Mbeki is still the head of the government because it was also their dream to bring the World Cup to Africa.

How are Ghana's preparations for the 2008 MTN Africa Cup of Nations coming along?

It is coming along fast. It was the dream of the President of Ghana to have the Africa Cup of Nations in Ghana. He was adamant about the dream and we won the bid. The government is now really working hard to make sure that we hold a great tournament. New stadiums are being built and everything is on track for 2008. I must give credit to MTN, who are coming to Ghana to stay and not just to organise a tournament. We welcome the initiatives of MTN who are investing in our country and we are prepared to give them a platform and assist them with anything they need, not just for 2008 but hopefully for many years to come. We have seen how big they are in Nigeria and they are giving real business opportunities to our country.

And lastly, you have talked before about the power of football to unite people and help them overcome the circumstances they find themselves in. What is your dream for football on the African continent, especially with the World Cup in mind?

I must be honest. We know about the problems in Africa and the poverty level is on the rise all over the world but it is especially a huge issue here in Africa. With this in mind, my dream is to work with NEPAD and the LOC to make sure that every single African has access to the World Cup. Whether it is through television, mobile phones, anyway, it doesn't matter – as long as every African, even if they are in a rural area where there are no lights, can enjoy the celebration that is the World Cup. This is not an easy thing to achieve but I believe if every government, politician or LOC helps then we can do it. I believe we should have the people at heart and make sure that we all have the joy of a World Cup on the African continent. Remember that when we bid for the tournament the message was that it would not be a South African World Cup, but an African World Cup.