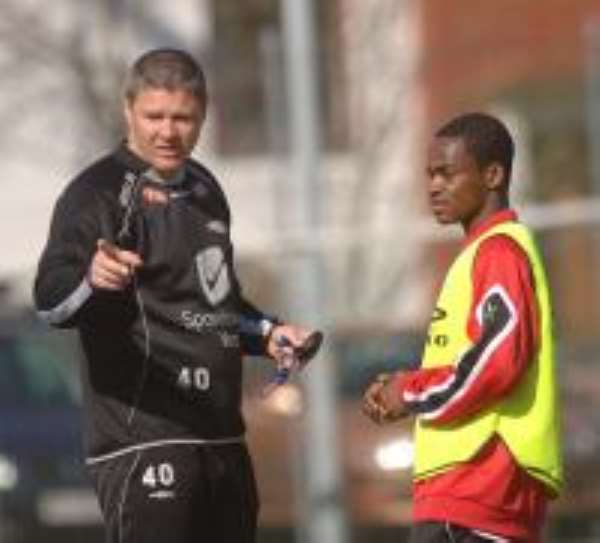 The 21-year-old moves from the local side Liberty Professionals on a three-year contract. The midfielder will join his new club on 16 January.

He joined Norwegian side Brann on loan in 2005 but was not able to secure a permanent deal.