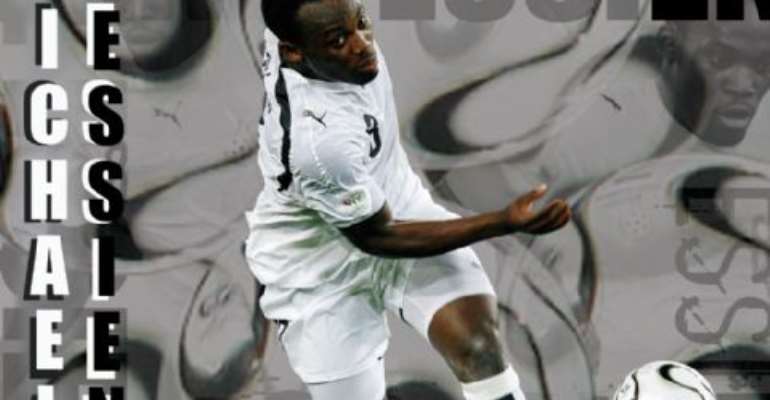 Ahly and Egypt playmaker Mohamed Aboutrika is one of three players who have made the final shortlist for the 2006 BBC African Footballer of the Year award.

Aboutrika is in the reckoning alongside the Ivory Coast striker Didier Drogba and Ghana midfielder Michael Essien, both of whom play for English Premiership champions Chelsea. The three-man shortlist was drawn up from a combination of online and postal public votes, with input from a BBC panel of experts.

But fans eager to know the identity of the winner of this prestigious accolade will have to wait until Friday, 5 January.

For the first time in the history of the award, the winner will be announced after a live public vote during the acclaimed BBC World Service's African sports programme, Fast Track.

Listeners will be able to cast their votes by phone and text on Friday between 1600 and 1655 GMT, with the winner revealed just before the show goes off air.

This is a significant departure from the voting procedure used in previous years, and is directed towards ensuring greater transparency and fairness.

Nothing, in our view, is more logical than to have the audience of a programme which boasts unrivalled coverage of African sport decide who wins this award.

The BBC award takes into account the football calendar from January to December 2006 and includes domestic leagues, both the Uefa and Caf Champions League tournaments, the African Nations Cup, the World Cup and the World Club Cup.

The list of past winners of the BBC gong reads like a who's who in the African game, with Nigerian Jay-Jay Okocha, Ghana's Sammy Kuffuor and El-Hadji Diouf all receiving the big prize.

One thing is for sure - this year's promises to be the most open and exciting BBC African Footballer of the Year contest for years.

So, stand by your phones between 1600 and 1700 GMT on Friday, and help decide the winner of the 2006 BBC African Footballer of the Year award.

Eligibility Age to become President of Ghana: Lessons from t...
4 minutes ago