GFA Unenthused Over Clash With Nigeria 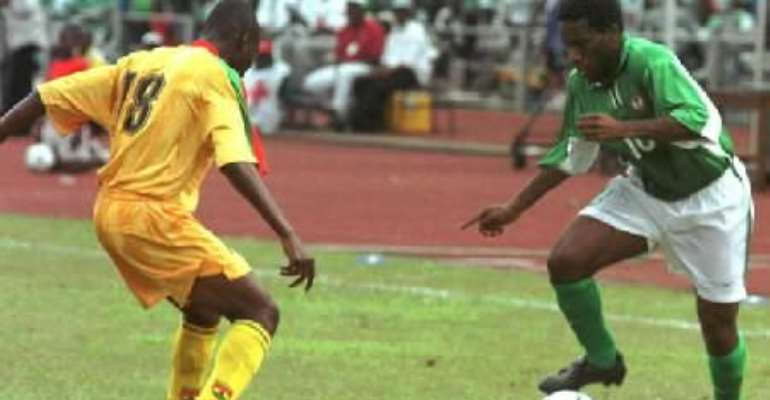 Reports from Accra, Ghana indicated that the GFA are favourably disposed to playing more serious opponents such as Senegal and Morocco on that same day, because Nigeria has the potential to cancel a match proposal at the 11th hour.

The Ghanaians are basing their argument on several concluded friendly arrangements that involved the Nigerian team, but they were never played.

They cited last August's top of the bill game, which was unceremoniously cancelled and also recently a friendly between Nigeria and Morocco, which the NFA waved off because there was no money to travel to Morocco even as it was the Moroccan federation that invited the Eagles.

However, NFA boss Sanni Lulu said that is a thing of the past, because according to him, the association will do everything that is needed to be done to ensure that the national teams play friendlies on FIFA-free days.

'We are certainly playing that game; everything points towards that direction, we don't want to engage in anything that will berate our team.

'We have finished Year 2006 as the best team in Africa and number nine in the world, with potential to go higher, and the deals we strike must reflect that ambition', said Lulu.
He informed that there are more games coming ahead and Togo, Morocco and Brazil are likely opponents for the Super Eagles.

'Each of the matches must serve a purpose, and we must have a real chance of proving ourselves and defending our number nine position. We won't go into any game just for playing sake.'