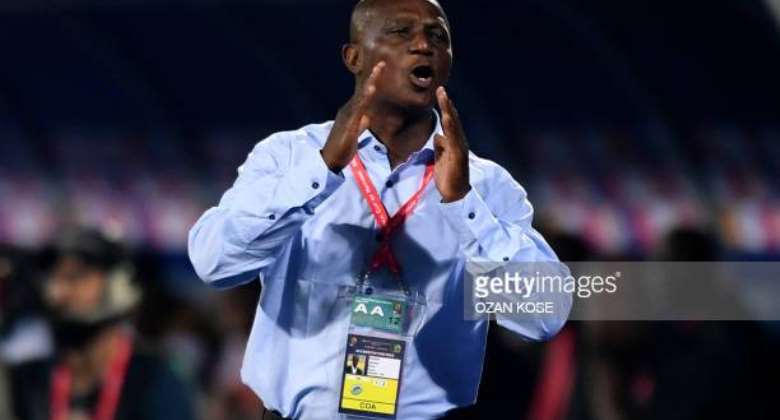 Ghana's coach James Kwesi Appiah speaks to his players during the 2019 Africa Cup of Nations (CAN) football match between Ghana and Benin at the Ismailia Stadium on June 25 , 2019. (Photo by OZAN KOSE / AFP) (Photo credit should read OZAN KOSE/AFP via Getty Images)

Former Ghana coach, Kwesi Appiah, says the Black Stars need a succession and developmental plan to be able to win trophies in the future.

The senior national team has failed to win any trophy in the last three decades despite playing in the 1992, 2010 and 2015 Africa Cup of Nations [AFCON] finals.

Appiah, who is seeking a third stint with the national team speaking in an interview says the team need a succession plan to win trophies.

According to the 63-year-old, the country must not focus on seeking immediate results but the team need a plan to be a winsome side in the future.

"The last time we checked I had introduced about 40 players to the Black Stars in recent times. These are the players who are carrying the team and holding aloft the Ghana flag now," Appiah, who led Ghana to the 2014 World Cup told Graphic Sports.

According to him, he always had the nation at heart whenever he had the chance to coach the Black Stars, hence the philosophy to always build a team for the future.

"I believe we must have a succession plan for the Black Stars and not only think of getting immediate results always.

"For instance, considering the pool of players we have in the team now, there is the need to build a strong first team for tournaments and also have a second strong team as a backup for the future," he explained further.

"That is the succession plan I'm talking about. We must have a development plan to build a strong and winsome Black Stars team for the future," he added.

Kwesi Appiah is currently unattached after he was released by the Ghana Football Association [GFA] following his contract expiration in 2019.

He led the team to the Africa Cup of Nations [AFCON] in Egypt where the team exited at the Round of 16 after losing on penalty shootouts against Tunisia.