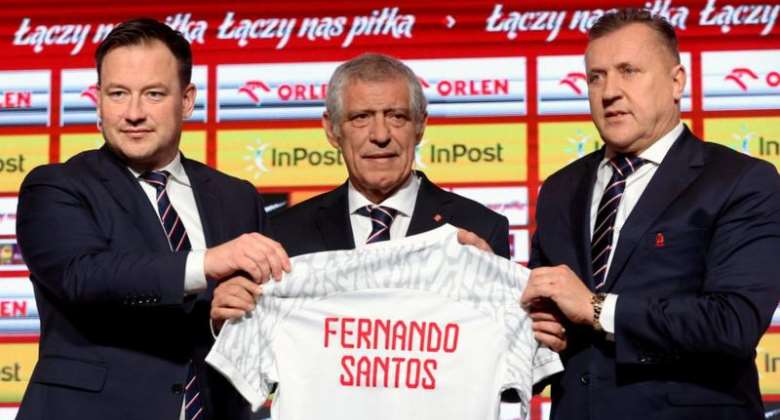 Former Portugal boss Fernando Santos has been appointed as the new head coach of Poland.

Steven Gerrard had reportedly been linked to the job after the former England midfielder was sacked by Aston Villa back in October.

Santos led Portugal to victory at Euro 2016 and the 2019 Nations League but quit after their exit in the World Cup quarter-finals at the hands of Morocco.

"It is an honour to continue my work as a trainer here," the 68-year-old said.

Cezary Kulesza, head of the Polish Football Federation, said "we have chosen the best" and "the choice was difficult", as he tasked Santos with qualifying for the 2024 European Championship in Germany.

Santos previously managed Greece from 2010-2014 and led them to the Euros and World Cup, where they exited at the quarter-finals and round of 16 respectively.