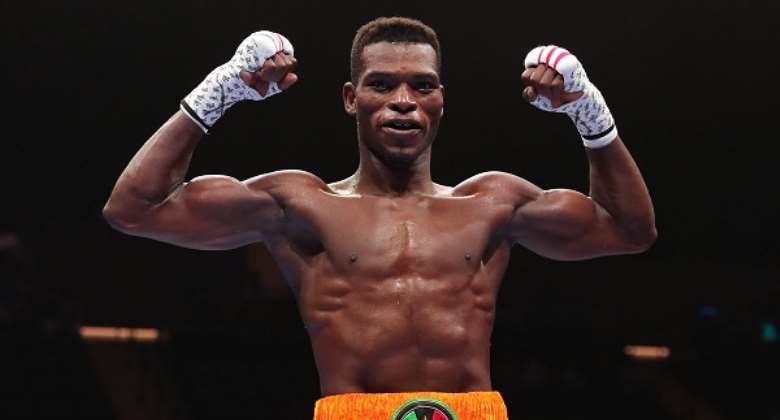 Michael Amoo-Bediako, manager of former International Boxing Federation (IBF) lightweight champion, Richard Commey, is optimistic that his ward will give of his best to earn a world title shot when he faces America’s Jose Ramirez in a World Boxing Council (WBC) International super lightweight title in Fresno, California, on March 25.

Mr Amoo-Bediako told Graphic Sports in an exclusive interview that Commey was ready to take advantage of the chance to help him rule the world again.

Commey begins the new year with a tough battle against Ramirez, hoping to get a shot at the WBC’s 140 pounds belt being held by American Regis Prograis.

Commey, 35, lost his 135-pound title to Teofimo Lopez via a shocking second-round TKO in December 2019. Commey (30-4-1, 27 KOs), however, rebounded with a sixth-round KO of Jackson Marinez last year before he was dominated by Vasyl Lomachenko in December 2021.

“This is another opportunity for Commey to get a shot at a world title and he won’t let it pass,” Amoo-Bediako said.

“This fight means a lot to him and he is ready to make every opportunity count. I am hopeful he would give a good account of himself come March 25,” he assured.

Meanwhile, Ramirez, 30, was in line for a rematch against Jose Zepeda for the then vacant WBC title but declined the opportunity due to his wedding in October.

The fight against Commey will be Ramirez’s first since March when the Olympian outpointed Jose Pedraza in Fresno. The win followed a tight decision loss to Josh Taylor for the undisputed junior welterweight championship in May 2021.

‘Sidelined’ GIJ threatens to withdraw from UniMAC merger
17 minutes ago