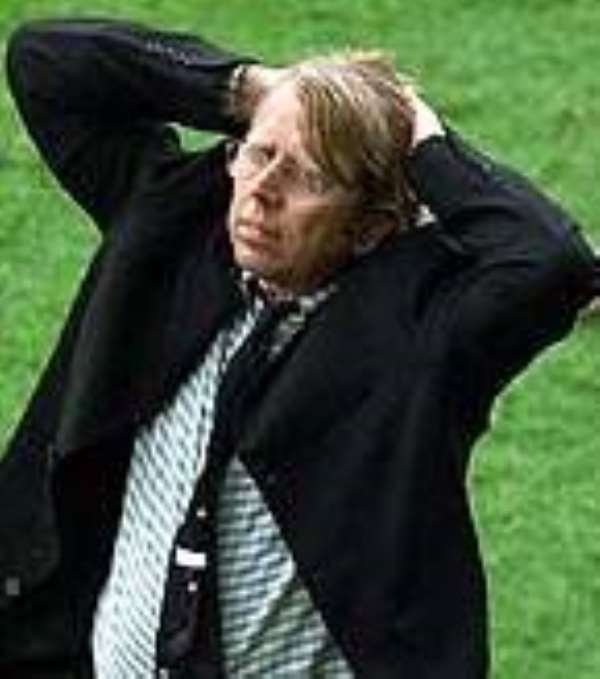 Black Stars coach, Claude Le Roy has short-listed 30 players as part of his preparation to form a local component of the national team. The Frenchman told the GNA Sports that the number was reached from his visits to the various League centres to search for players who will form the component of the local Black Stars.

According to him, he has visited some of the centres and has been impressed with the performance of some of the players. 'I have watched Suhum Maxbees, Nania FC and Berekum Chelsea among others and I'm looking up to more games.'

The Black Stars coach said that his plans of organising some training camps for the local players come early next year has been affected by their involvement in major competitions. Le Roy explained that most of the players are members of the national Olympic team and the Black Meteors who will be engaging in qualifying rounds for the All Africa Games and the 2008 Olympic Games.

On the next opponents for the Black Stars for the February 7 friendly, Le Roy assured that the Ghana Football Association (GFA) is working around the clock to get a strong opponent for the team. 'I had intended to use some of the local boys for that game, but the activities of the Black Meteors will not make it possible.

He revealed that he will be leaving for his homeland next week for the Christmas holidays and would use the opportunity to also monitor the exploits of some Ghanaians whilst on the holidays. Coach le Roy is expected back in the middle of January to prepare the Black Stars for the next international friendly on February 7.