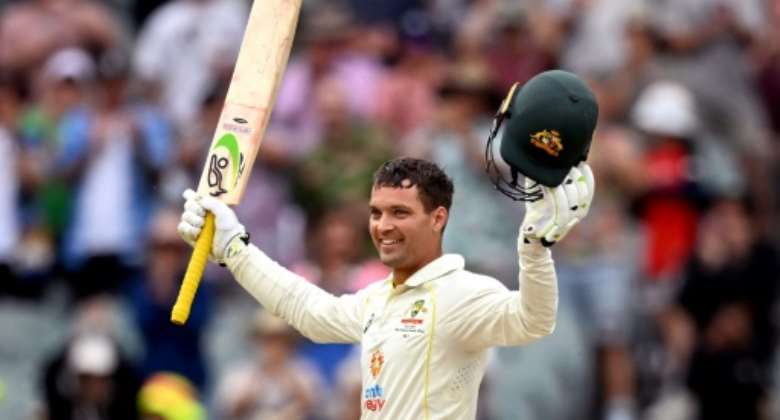 Australia closed in on winning the second Test and the series against South Africa on Wednesday after Alex Carey struck a maiden century to leave them in a commanding position.

The hosts declared at tea on 575-8 on day three with an ominous lead of 386 after South Africa were bowled out in their first innings for 189.

In reply, the Proteas were 15-1 when play was abandoned early at the Melbourne Cricket Ground due to persistent drizzle.

Their bid to save the Test, and the three-match series after losing the opener in Brisbane, got off to a horror start with under-pressure skipper Dean Elgar caught by Carey off Pat Cummins without scoring in the second over.

Theunis de Bruyn, who was dropped by David Warner on three, was not out six alongside Sarel Erwee on seven.

Wicketkeeper Carey, playing in his 14th Test, was superb in reaching three figures for the first time before he was caught and bowled by Marco Jansen for 111.

At the declaration, a battling Cameron Green was not out 51 despite a fractured finger, alongside Mitchell Starc on 10.

Carey and Green piled on the misery in a 117-run partnership after South Africa gave themselves a glimmer of hope with early wickets, including David Warner first ball after he resumed on 200.

Australia resumed on 386-3 with Travis Head on 48 and Carey on nine after a herculean unbeaten double century from Warner in his 100th Test in gruelling heat on day two.

The veteran opener retired exhausted with severe cramp after making his third Test double ton, but he returned to the crease when Head was out for 51, walking out to huge applause.

He told host broadcaster Fox before play began that he had a "rough night's sleep".

"I probably woke up six or seven times," he added, and was bowled first ball by an Anrich Nortje yorker as Australia lost three wickets for five runs.

Green ruled out of bowling

Temperatures were much cooler than the 37 degrees Celsius (98.6 Fahrenheit) on Tuesday, with conditions overcast and humid -- generally favourable to the bowlers.

And the ever-dangerous Anrich Nortje took advantage, bowling Head in the third over before snaring a bewildered Warner next ball.

Pat Cummins fended off the hat-trick delivery, but he did not last long.

The Australian skipper fell to the third ball he faced when South Africa successfully reviewed a caught behind decision off Kagiso Rabada's bowling that was initially denied by the umpire.

Carey was joined by Nathan Lyon and they steadied the ship.

Ahead of play, Green, who took 5-27 in South Africa's first innings, was ruled out of bowling again in Melbourne -- and the third Sydney Test -- with a fractured finger, but he bravely came out to bat.

After a slow start, he began playing his shots in an admirable supporting role to Carey, who counter-attacked after the early wickets fell to consolidate Australia's advantage.

Carey was the first Australian wicketkeeper to make a Test century since Brad Haddin in 2013 and only the second at the Melbourne Cricket Ground after Rod Marsh.

India's sinking hill town, a casualty of the warming Himalay...
24 minutes ago