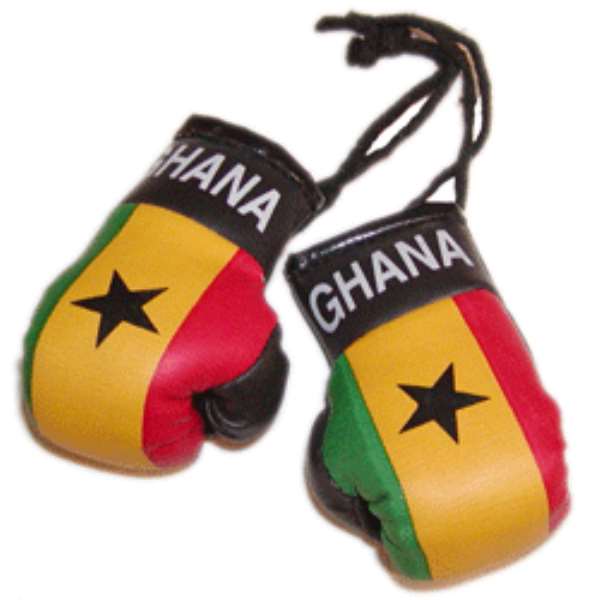 Lockett's WBU middleweight title bout was cancelled when challenger Roam Aramian pulled out due to illlness.

Instead he was matched with Ghana's Ayittey Powers in a 10-round non-title contest which was supposed to provide him with a decent workout.

As it happened Lockett, through no fault of his own, would probably have been better putting in another sparring session at the Collyhurst and Moston gym where he is coached by Brian Hughes.

Even Hughes looked lost for words, other than words of encouragement, as The Rocket Man won all 10 rounds and had his arm raised aloft by the referee almost before the vibrations from the bell which signalled the end of the event had died away.

It is probably better to call it an event, as it certainly wasn't a fight.

Powers' intentions were crystal clear from the first round - survival.

In ten rounds Powers threw no more than a handful of punches, he was almost always on the back foot, and more often than not he just shuffled around with gloves in front of face - that was when he resisted the temptation to have another little session of showboating.

Several times Powers extended his right arm supposedly measuring up Lockett, but there was never any follow up. He smiled his way through the contest, but few others were smiling at his efforts.

The end score was 100-90 in favour of Lockett and that tells its own story.

By the end of the fifth round it was obvious only one of the men in the ring, Lockett, wanted to fight.

Before the eighth Powers was told by his corner man that Lockett couldn't hurt him and that Lockett was finished, it was time to go forward.

It was pure fantasy island.

Powers left his corner, actually threw a punch which missed, and took a good left in return.

Lockett looked to have nailed him in the ninth when he put in four hurtful shots with Powers back on the ropes, but the African at least had a bit of bottle and stayed upright.

It had long been over as far as winner and loser was concerned, there was never any doubt.

The win was not without cost, as Doherty damaged a hand during the fight.
Audio File Available