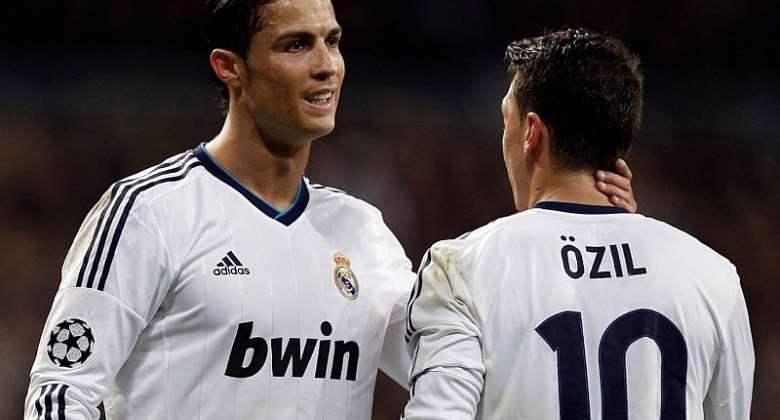 In a series of tweets on Friday, December 9, Özil stressed that the media are also setting similar agenda against his former clubmate just to get clicks to their posts.

“I really don't get where this constant negativity from the press about Cristiano comes from ... The Media is just trying to get clicks, and pundits who don't have a career anymore just want to get attention with his big name and try to make him look bad,” he began.

The former World Cup winner argued that there is nothing wrong if 37-year-old Ronaldo is not being able to score 50 goals in a season anymore.

According to him, the achievements garnered by Ronaldo will be hard for generations to come to equal so people must accord him the respect he deserves.

“He is soon 38 years old - so what's the surprise that he doesn't score 50 goals a season anymore? Every football fan out there should be happy to have seen him playing world class football for 20 years.

“I don't think anyone from the new generation will be able to match his numbers again. He will forever be in his own category. Everyone should show more respect to one of the greatest athletes in sports history,” his posts concluded.

The footballing icon has come under huge criticism from the media, football analysts as well as many in the footballing fraternity.

They say the 2016 Euro winner is disrespectful towards club owners and coaches, a claim that heightened after Ronaldo’s recent Interview with Piers Morgan, UK-based journalist.