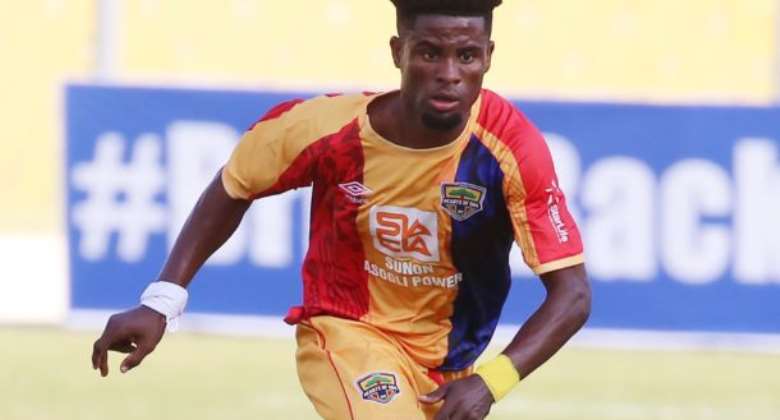 Daniel Afriyie Barnieh has reportedly turned down a contract renewal offer by Hearts of Oak.

The promising forward's contract runs out until December 2022 according to reports in the local media.

Barnieh was part of the Black Stars squad that played at the 2022 FIFA World Cup in Qatar although he did not play a single minute but featured in Ghana's last preparatory game against Switzerland where he shone.

Hearts of Oak according to reports have tabled a new proposal before the player but he and his representatives have rejected it with a move away on the cards.

The forward joined Hearts of Oak three seasons ago after passing trials with the club and has since gone on to become a fan's favourite.

He has been integral in Hearts of Oak's recent rise helping the club win the Ghana Premier League title two seasons ago and also winning the MTN FA Cup in two consecutive seasons among others.

Barnieh has earned call-ups to the Black Stars and was recently handed his Ghana debut in the 1-0 win against Nicaragua in Spain.

He was on top of his game against Switzerland in a friendly game ahead of the 2022 World Cup.

The forward also helped Ghana qualify for the CHAN tournament with the Black Galaxies for the first time in eight years.