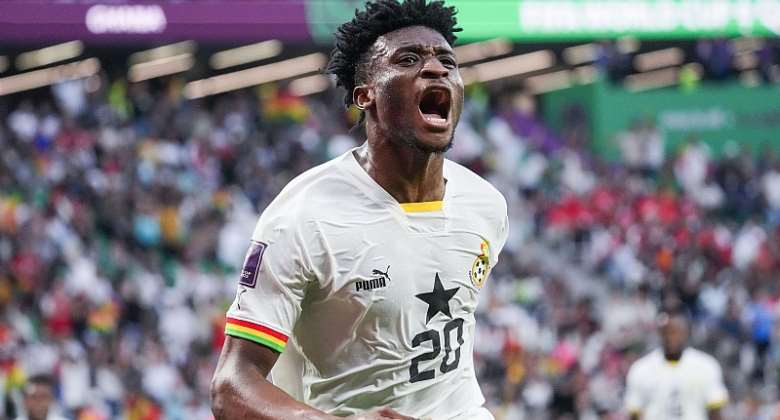 Ghana forward, Inaki Williams, has lauded teammate, Kudus Mohammed, describing him as a big and a complete player following his exploits at the 2022 World Cup.

The 22-year-old attracted interest from several European football clubs following his impressive performance at the Mundial.

Despite the torrid start of the season, Kudus having his best season with the Dutch giants, with explosive performances in the UEFA Champions League before starring displays at the 2022 World Cup despite Ghana's early exit.

Inaki, who played with Kudus in September and at the global showpiece, has described the Ajax star as a complete player.

The Athletic Bilbao forward added that the former FC Nordsjaelland must begin to look elsewhere due to his potential.

“I think Ajax is starting to get too small for him and hopefully he will make the leap to a big club soon,” the Athletic Club forward told RadioMarca.

“I would have liked him to have had a Basque family member to be able to bring him to Bilbao because he is a bomb, he is a machine.

“He is very complete and with his young age, he still has a lot of room for improvement.”

Williams reveals he has already told his club mates Kudus is the standout player he has seen in the Black Stars team.

“I was already aware of him before coming because I had heard about him and had seen his goals. When I played the last national team break with him, he already surprised me a lot,” he added.

“To my colleagues [at Athletic Club], when they asked me if someone had impressed me, I always talked about him.”

Barcelona, Borussia Dortmund, Liverpool, and a host of top European clubs are said to tracking the progress of Mohammed Kudus at Ajax and he could be on the move in the summer.

Earthquake death toll rises to more than 5,000 in Turkey, Sy...
5 minutes ago