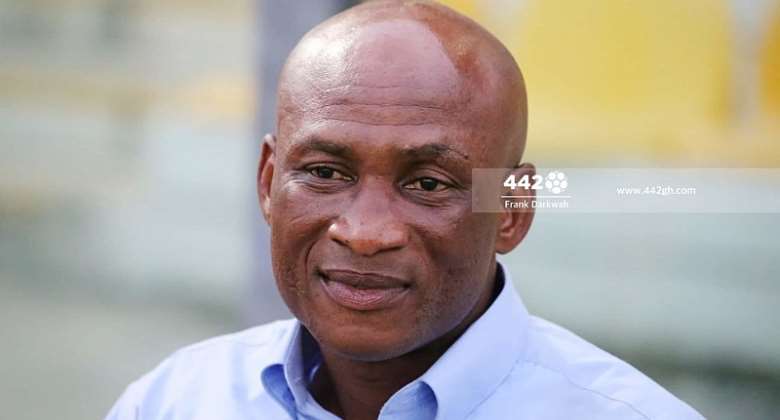 Prosper Narteh Ogum is set to be named as head coach of the Black Galaxies after the 2023 CHAN tournament, the local media have reported.

The home-based national team is currently under the auspices of veteran trainer, Annor Walker.

The former Great Olympics boss steered the team's qualification to the tournament with a win over Nigeria.

Prosper Ogum, who is a former Asante Kotoko coach and Bismark Kobby Mensah of Karela United currently serve as the assistant coach.

However, reports in the local media say the former WAFA gaffer will take over the team after the team next year.

Prosper Ogum led Asante Kotoko to win the 2021/22 Ghana Premier League in his debut season with the club.

The two-time CHAN finalists are currently in camp getting themselves prepared for the competition.

The 40 provisional man list are expected to be trimmed down to the final squad very soon.

Ghana is drawn in Group C alongside holders Morocco, Sudan and Madagascar.