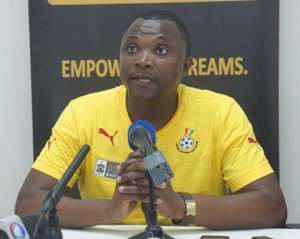 Former Communications Director of the Ghana Football Association (GFA), Ibrahim Sannie Daara has indicated that it will be wrong for anyone to chastise Coach Otto Addo simply because the Black Stars could not advance to the Round 16 stage of the 2022 FIFA World Cup.

According to him, although Ghana exited the tournament at the group stage, it’s not right to say the national team’s campaign was a disaster in Qatar.

“It will be an unfair analogy to say it has been a disaster.

“We should be hailing him for bringing us a new generation of players that will lead us forward,” Ibrahim Sannie Daara told Joy News during an engagement on Tuesday night.

Having played at the 2022 FIFA World Cup with the youngest squad, Mr. Daara says he is confident that in the next few years when these players in their 20s mature and improve, Ghana will become potent enough to compete at tournaments for trophies.

Since Ghana exited the World Cup at the group stage, Coach Otto Addo has returned to Germany where he is set to resume his role as Borussia Dortmund.

Turkey earthquake: Christian Atsu yet to be found
20 minutes ago