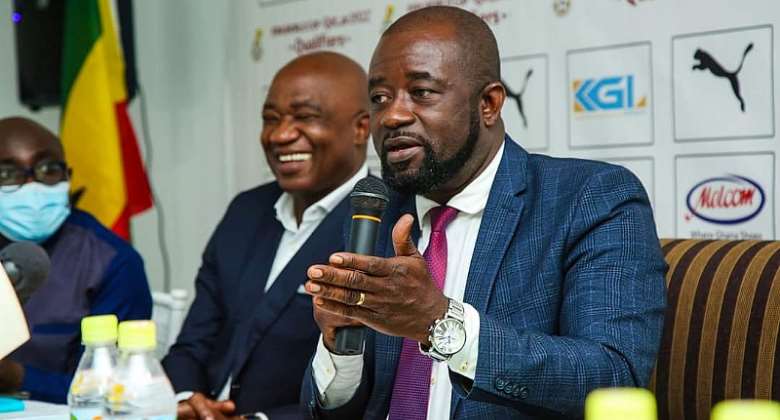 President of the Ghana Football Association (GFA), Kurt Okraku has said they are not ready at the moment to announce Otto Addo's successor.

Following Ghana's elimination from the ongoing 2022 World Cup in Qatar, Otto Addo, who steered the team's qualification to the Mundial has resigned from his role.

Addo has resumed his role as a talent coach for Borussia Dortmund in Germany.

However, Mr. Okraku speaking to Graphic Sports hinted that the country's football governing body would take its time to consider the options available to engage the key stakeholders, including the government, before arriving at the best candidate for the job.

He also hinted that such an important announcement would not be made before the end of the year, especially as the senior national team would not have any immediate engagement before their Africa Cup of Nations (AFCON) qualifier against Angola next March in Luanda.

Earlier, the FA Vice-President, Mark Addo, told the media that the FA would first wait for the technical report from Otto Addo to be laid before the FA’s decision-making Executive Council for deliberation before initiating the process of appointing the next national team coach.

“We knew that Coach (Otto Addo) will be leaving in six months, so we do have a succession plan,” Mr Addo told a media briefing in Doha last Saturday.

“We’re just going through the process, it’s a process and you know the GFA works with different stakeholders in this decision-making process.

"Like I said, the first thing is to. get our report in quickly, have a meeting with our stakeholders, including the President, the Executive Council and Government and once that is done, we will make a decision on his successor. So yes, we have a plan,” the FA vice-president stated.

Ghana exited the tournament with three points after recording two defeats and one win.