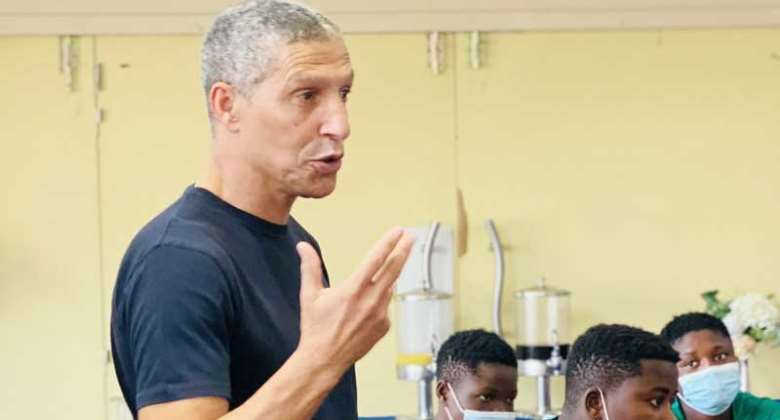 Addo has left his role following the Black Stars' elimination from the 2022 World Cup in Qatar after a 2-0 defeat against Uruguay.

After defeating South Korea in their second group game, the Black Stars needed a draw or win against Uruguay to advance to the last 16 stage but failed.

In an interview, the former Ghana international asserted it will not be out of place if the Ghana FA appoints Chris Hughton to lead the national team.

“He [Chris Hughton] was part of the technical team for the World Cup and I believe whatever he has learned he has learned," he told Vision 1 FM.

"The challenges he has encountered and others, I am sure if given the job he can be his own man because I am people have whispered into his ears and he knows what he can do when given the job.

“It will not be out of place if he is given the job," he added.

Chris Hughton, who is a former Newcastle United and Brighton boss served as the technical advisor for the Black Stars.

Meanwhile, the vice president of the Ghana Football Association [GFA], Mark Addo has hinted that there is a plan to replace Otto Addo.