We take responsibility for letting Ghana down, pick the positives to grow — Kudus on World Cup exit 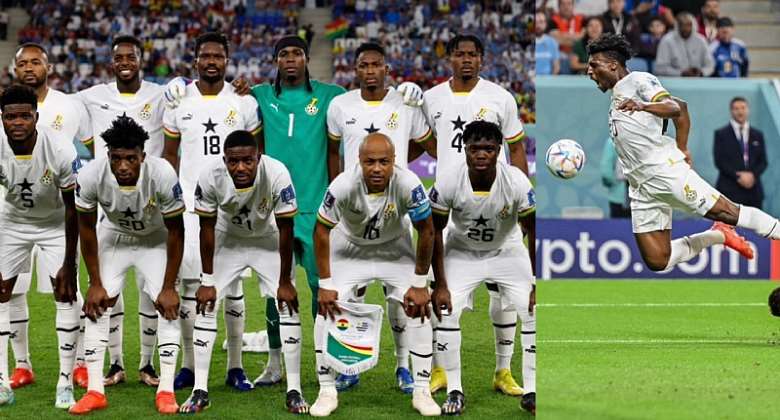 Ghana Black Stars playmaker Mohammed Kudus has made his first public statement following Ghana’s exit from the World Cup after being defeated by Uruguay.

Kudus intimated that the entire Black Stars team has accepted responsibility for not giving Ghanaians what they desired, especially in their final game against Uruguay.

In a tweet on Monday, December 5, the one-time FIFA World Cup player of the week said the downfall of the team is never the doing of a single person but the entire team, likening it to a puzzle.

Kudus further stated that the team would take positive inspiration from their experience and appreciated the love shown to them by Ghanaians throughout their three matches.

“A team is like a puzzle; every jigsaw piece is important to solve a problem or complete a picture. When needed us the most, collectively, by our arts, we painted an unpleasant picture souring 12 years of pain," he wrote.

“As a team, we take responsibility for letting Ghana down, but we pick the positives to grow. History has proven that the most valuable arts came from good to great with time & purpose. Thank you for the love & support," Kudus' post ended.

Especially about their last game, what the entire Ghanaian nation saw as revenge for the 2010 FIFA World Cup in South Africa before the final group stage match against Uruguay ended up being a sad repeat.

Election violence in Nigeria's south east is threatening to ...
36 minutes ago