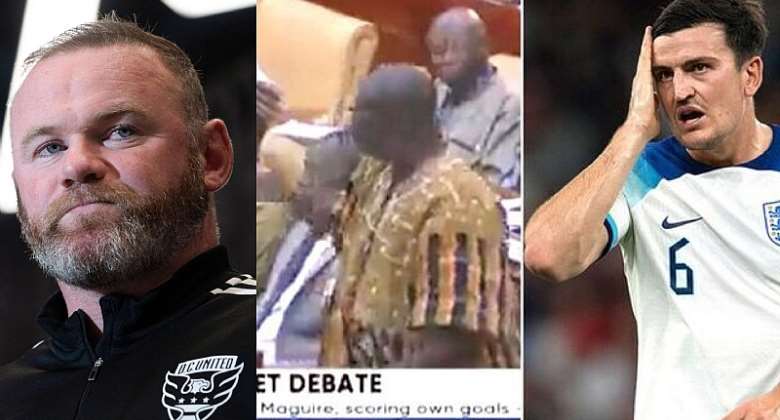 About a week ago, Isaac Adongo, in a viral video likened Vice President Bawumia’s "weak" economic performance to the 29-year-old’s at Manchester United football play.

The two-term legislator said the Vice President, despite organising numerous seminars while in opposition has been scoring what he described as economic "own goals" like Harry Maguire that have led to the current economic crisis in the country.

Reacting to this via his column for UK-based The Times, the former United attacker described the argument as "crazy."

According to him, Maguire has been awesome in the ongoing 2022 FIFA World Cup in Qatar and does not deserve that kind of mockery from the Ghanaian opposition Congressman.

“On social media this week, I saw someone in the Ghanaian Parliament making fun of Harry Maguire. It was crazy because Harry has been outstanding at this World Cup," Rooney said.

He added, "I predicted he would do well—because he always does well for England and never lets Gareth Southgate down. He is simply a very good defender with a strong mentality."

Election violence in Nigeria's south east is threatening to ...
50 minutes ago