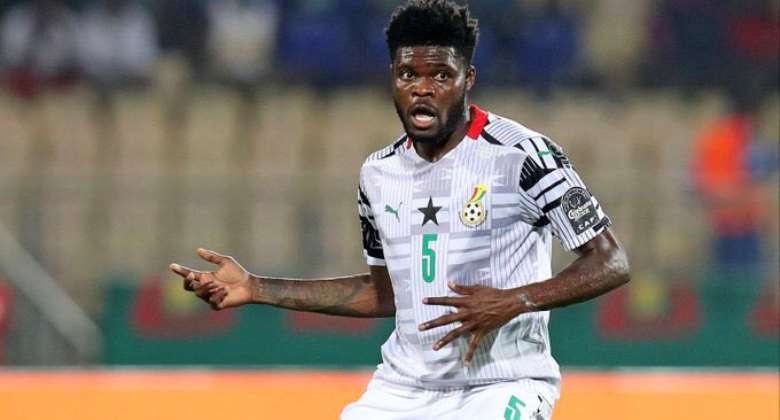 Ghana legend, Sulley Muntari has revealed that he is a big fan of Arsenal midfielder Thomas Partey.

According to him, the Black Stars midfield enforcer is up there as one of the world-class players in the world with a lot of intelligence.

Speaking to 3Sports, Sulley Muntari said Thomas Partey will make the Black Stars massive if he would use just 25% of his ability when he played for the Black Stars.

“Partey for me is excellent. He is superb, he is a top-class player. You can’t take that away from him. He is very intelligent in midfield.

“In the national team when I’m sitting up there and I’m watching, it passes my mind that I see Partey plays but sometimes it’s just that I don’t see him around the team,” Sulley Muntari said,

He added, “…if Partey is switched for like 25% of his strength, his mind, his intelligence like the way he knows how to play Ghana is going to be massive.

“Basically how Ghana plays is going to be better.”

Thomas Partey’s performance for the Black Stars came under criticism yet again at the 2022 FIFA World Cup.

He featured in all three games against Portugal, South Korea, and Uruguay.

Unfortunately, many Ghanaians felt he didn’t do much for the national team per his quality.