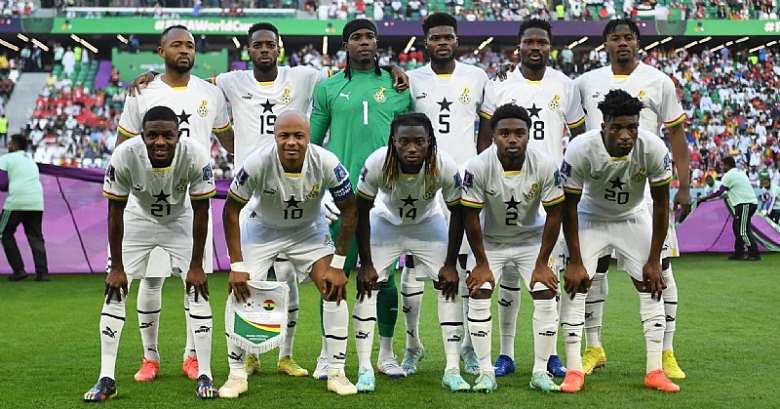 Following the painful exit of the Black Stars from the ongoing FIFA World Cup in Qatar, Captain Dede Ayew has passed a word of encouragement to his teammates.

He used the slogans of the two topmost premier league clubs in Ghana, Accra Hearts of Oak and Kumasi Asante Kotoko.

In a post on Saturday, December 3, the Al Sadd forward said all hope is not lost and that they live to achieve more successful laurels in the coming days.

“In our true Ghanaian spirits, WE WILL NEVER SAY DIE, UNTIL THE BONES ARE ROTTEN, WO KUM APEM A, APEM BEBA,” portion of Dede’s post reads.

Dede, whose daughter was rushed to the hospital after collapsing at the point where he failed to convert the penalty, disclosed that he is in a difficult moment.

He expressed optimism that he and the entire national team would overcome the news and forge ahead much better next time.

"Our final group match result was not what we were looking forward to in the tournament, but unfortunately it ended up this way.

"I am very, very proud of all my teammates for putting up a wonderful team spirit on and off the pitch for our country, Ghana,” he said.

"Personally, it has been very difficult moments for me in the past few days. I lost my godson the morning before the Portugal game, and my daughter was also rushed to the hospital after the Uruguay game. Thanks to the Almighty Allah, she's getting better," he added.

According to Dede, "These difficult moments will inspire me to come back stronger and better in the future, and so, I believe, will the Black Stars.

His post concluded, "Thank you all for your prayers and unwavering support."

What the entire Ghanaian nation saw as revenge for the 2010 FIFA World Cup in South Africa before the final group stage match against Uruguay ended up being a sorrowful repeat.