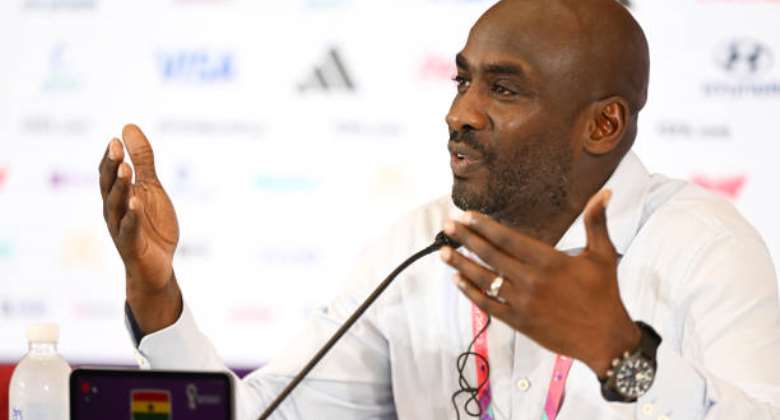 Otto Addo says he has resigned from his role as the head coach of the Black Stars to focus on his role as a talent trainer for Borussia Dortmund.

The 47-year-old following Ghana's elimination from the 2022 World Cup announced his resignation after losing 2-0 to Uruguay in their final Group H match on Friday.

The Black Stars exited the tournament with just three points and finished at the bottom.

“Surely maybe one day I will get the chance to work with the GFA again but for the next two and half years, I have a contract with Dortmund and I have to respect that," he added.

Addo took over the Ghana job back in February following Serbian coach Milovan Rajevac’s sack after a disastrous campaign at this years’ Africa Cup of Nations in Cameroon.

Addo guided the Black Stars to the 2022 World Cup after beating Nigeria at the play-off stage in March.