By Chuka Onwumechili - The Conversation
Opinion 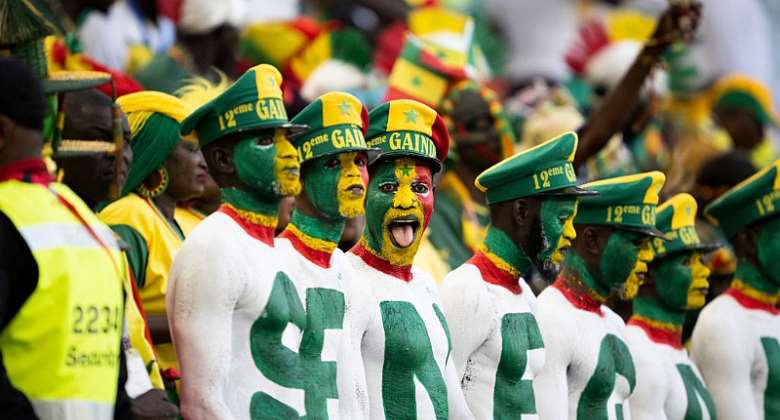 For Africa to have multiple teams go beyond the group phase to reach the Round of 16 in a World Cup is a milestone. The remarkable result at the 2022 men's Fifa World Cup in Qatar – which sees Senegal and Morocco move into the knockout stage is Africa's best performance at the World Cup since 2014 . That year both Nigeria and Algeria reached the final 16. This is a pleasing performance after a dismal 2018 World Cup when none of the African representatives went beyond the group stage.

Reaching the Round of 16 is an important marker, but what could be even more sustaining is having multiple teams reach the final eight in the quarter-finals. Although it will be a Herculean task, it could well become a turning point in Africa's World Cup history. Previously, three African teams have reached the quarter-finals: in 1990 (Cameroon), 2002 (Senegal) and 2010 (Ghana).

However, two African teams have never reached that stage in a single World Cup. Could 2022 be the year?

Reaching the quarter-finals aside, the performance of Africa's representatives in Qatar points to a definitive moment indicating that the continent can compete with the top teams in the world sustainably.

Presently, the remarkable performance by Tunisia provides an indication. Tunisia did not go beyond the opening round but by beating the defending World Cup champion France 1-0 was a story in itself. It was France's only loss in the opening round.

Cameroon, too, showed the kind of mettle needed when they stunned favourites Brazil in a gutsy performance, narrowly losing out on a place in the final 16 after Switzerland beat Serbia to edge ahead of them.

But the real story lies ahead. Could Senegal and Morocco even advance to the medal stages? Morocco's manager Walid Regragui clearly thinks so. He told the media:

We are going to be very difficult to beat … I think African teams can go far. Why shouldn't we dream of winning the World Cup?

The problem with the rankings

Africa's performance in 2022 shines a light on a persistent World Cup issue: rankings . The rankings provided by world football body Fifa have been a bone of contention for years. This is especially in its use of coefficients – a system based on past scores that is used to rank the collective performance of the teams. This then determines the number of places each continent or region is given at the World Cup. Currently, coefficients favour European and South American teams to the detriment of teams from other parts of the world.

Although Fifa has periodically made changes to its ranking model, this World Cup once again called the model to question . It is not so much that Morocco, ranked 22, would finish its group in first position ahead of both Belgium and Croatia that were ranked well ahead of it but the fact that the poorer teams of Europe benefit from those coefficients when they are weaker than the top teams in regions with weaker coefficients. For example, teams like Serbia and Wales each received ranks that are higher than those of Morocco, Ghana, and Japan, who solidly outperformed them.

But what do the 2022 matches indicate? Firstly, it is increasingly clear that Africa deserves the increase to nine spots that it is getting for the next World Cup in the US in 2026.

Presently, Africa has five spots but there is usually fierce competition for those placces and several top African teams have failed to qualify because of this. These include Algeria, Egypt, Ivory Coast and Nigeria who have previously won the African Cup of Nations and have consistently been among the top ranked African teams in the last few years.

Another thing that is clear in Qatar is that the Bosman ruling , which opened up the transfer of footballers across clubs and countries, has helped to hasten the development of football talent globally. It has widened the reach and distribution of football's technical development. This has closed the gap between the haves and have-nots in global football. For instance, the CIES Football Observatory notes the large number of football talent migration from all over the world including Africa to the “Big Five” leagues in Europe. These talents return from Europe to represent their birth nations at the World Cup.

Ultimately, African teams at the World Cup are proving that they deserve their seats at the main table.

Chuka Onwumechili does not work for, consult, own shares in or receive funding from any company or organisation that would benefit from this article, and has disclosed no relevant affiliations beyond their academic appointment.