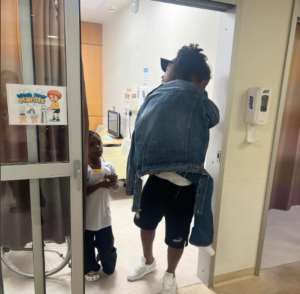 Ghana was presented with an opportunity to make it to the last 16 of the 2022 World Cup in Qatar but Andre's effort was saved by goalkeeper Sergio Rochet.

However, Ghana went to suffer a 2-0 defeat against the two time world champions.

According to Fentuo Tahiru, Ayew's daughter, Maha Ayew collapsed after his dad missed from 12 yards and had to pick her from the hospital after the game.

However, Black Stars captain Andre Ayew says he is disappointed with his penalty miss against Uruguay but looks forward to a bright future with the national team.

“We had the opportunity to get to the next stage," the Al Sadd forward said after the game.

"I missed the penalty..it’s difficult to take..we did not get it right.

"I am very optimistic for the future.
“I am sad but we will try and make it better," he added.

Ghana exited the tournament with three points and finished at the bottom of the group.