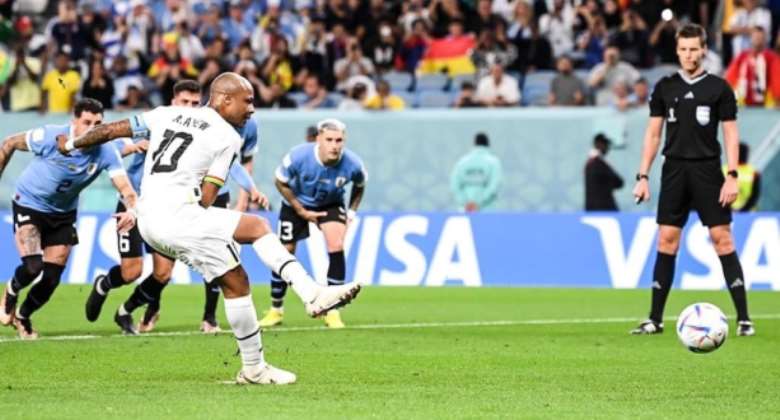 Otto Addo said he pinned no blame on Andre Ayew after the striker missed a penalty in their 2-0 defeat to Uruguay on Friday that knocked them out of the World Cup.

Ayew's tame effort was saved by Sergio Rochet in the 21st minute of the Group H encounter at Al Janoub Stadium and Uruguay made them pay with two quick goals from Giorgian de Arrascaeta before halftime.

While the win was not enough to send Uruguay through, it condemned Ghana to the bottom place in the group and heading home for the second time.

It was a familiar story for Ghana, who 12 years ago in South Africa missed an extra-time spot-kick in a quarterfinal defeat against Uruguay following a now infamous handball from Luis Suarez.

Addo speaking after the game said Ayew, who was substituted at halftime, deserved credit for stepping up to take the spot kick and hailed his leadership qualities within the squad.

"This is football. When I was a player I didn't like taking penalties so I have to applaud everyone who is going there," he told reporters.

"For me, Andre has done a lot for the squad. He is such a great character and a leader," he added.

Meanwhile, Otto Addo has left his role as the head coach of the Black Stars.