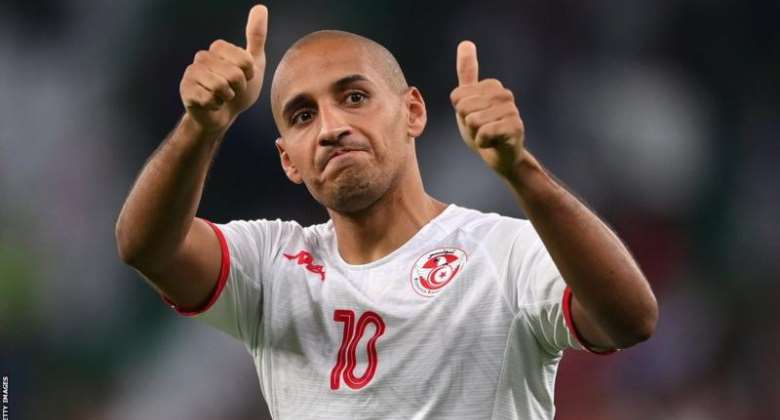 Wahbi Khazri has announced his retirement from international football following Tunisia's exit from the World Cup in Qatar.

The 31-year-old Montpellier forward scored the winner over France in their final Group D game, but it was not enough for the Carthage Eagles to progress as they finished third in the group behind the defending champions and Australia.

Khazri retires as his country's all-time leading score at the World Cup finals, with three goals in five appearances after netting twice four years ago in Russia.

"I am proud of what I gave my country over the past years, and I believe that the future for this generation is bright," Khazri told beIN Sports France.

"After the match, and in a meeting that included all the players and the technical and administrative staff, I told everyone that this moment is appropriate, and I thanked everyone and wished them success."

Tunisia have failed to reach the knock-out stages in six appearances at the World Cup finals, with their win over France just the third recorded by the North Africans at the tournament.

Yet Khazri, who was born on the French island of Corsica, was pleased to secure victory over a country from which Tunisia gained independence in 1956 - having been a French colony from the 1880s.

"To beat France, to score and be decisive, that is more beautiful," he said.

As well as representing Tunisia at two World Cups, Khazri also played in five different editions of the Africa Cup of Nations.

Meanwhile, the future of Tunisia coach Jalel Kadri is also yet to be resolved - with the 50-year-old refusing to discuss his situation after the end of their Group D campaign.

"The contract I have is based on objectives," he said.

"The objective was not fulfilled but we still have some time to look at things before we take a final decision. That will be up to the Tunisian federation."